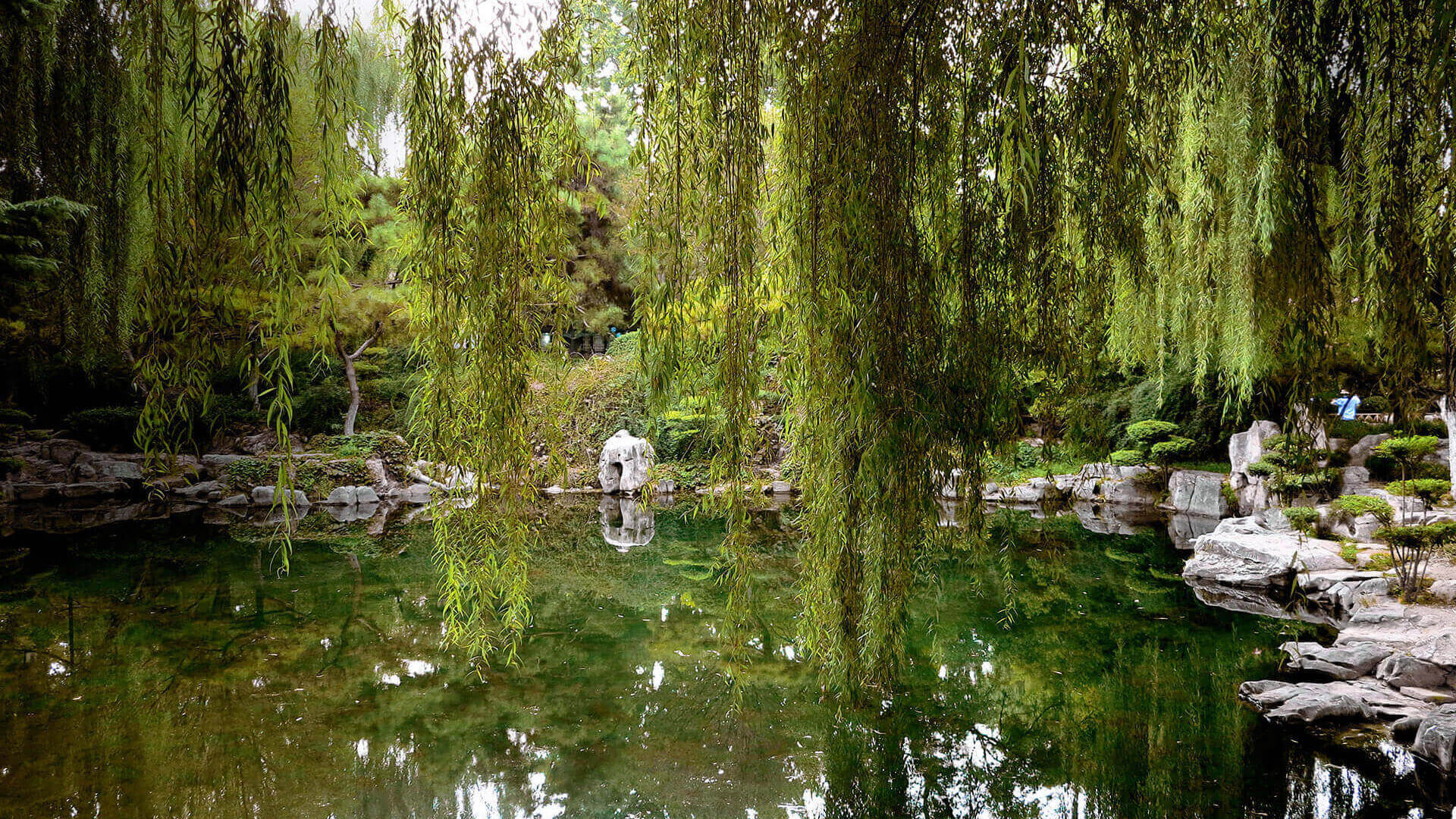 By Editor23 February 2018 No Comments

BEHIND THE GREEN CURTAIN

Old willow trees stoop low to graze the crystal clear water in a natural pond at Baotu Spring Park in Jinan, an ancient park which dates back to the Qing Dynasty. It was declared the “Number One Spring under the Heaven” by the Qing Dynasty Emperor Qian Long.

China is so vast that it is a continent in its own right. You can spend a whole life travelling to unseen places in China. 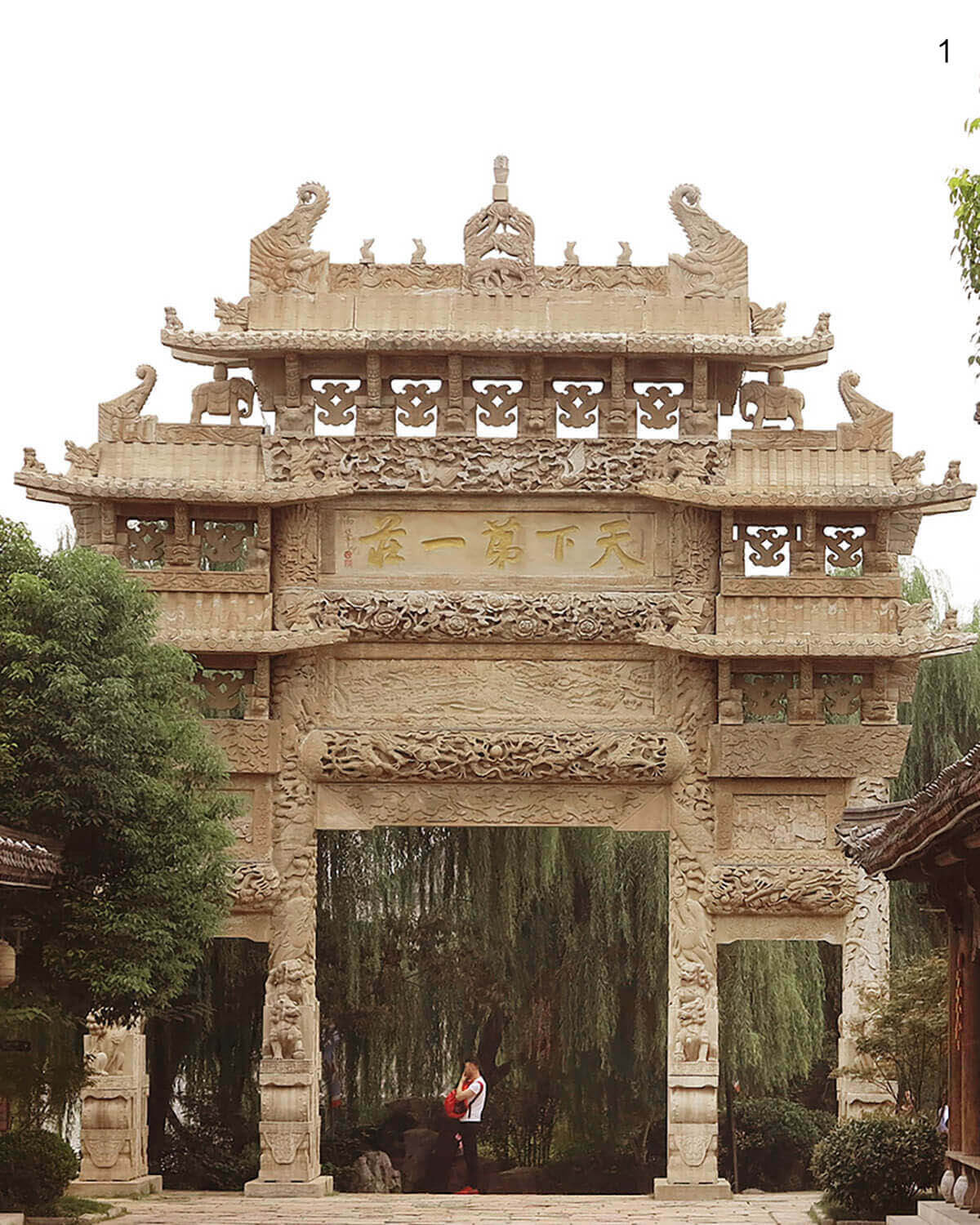 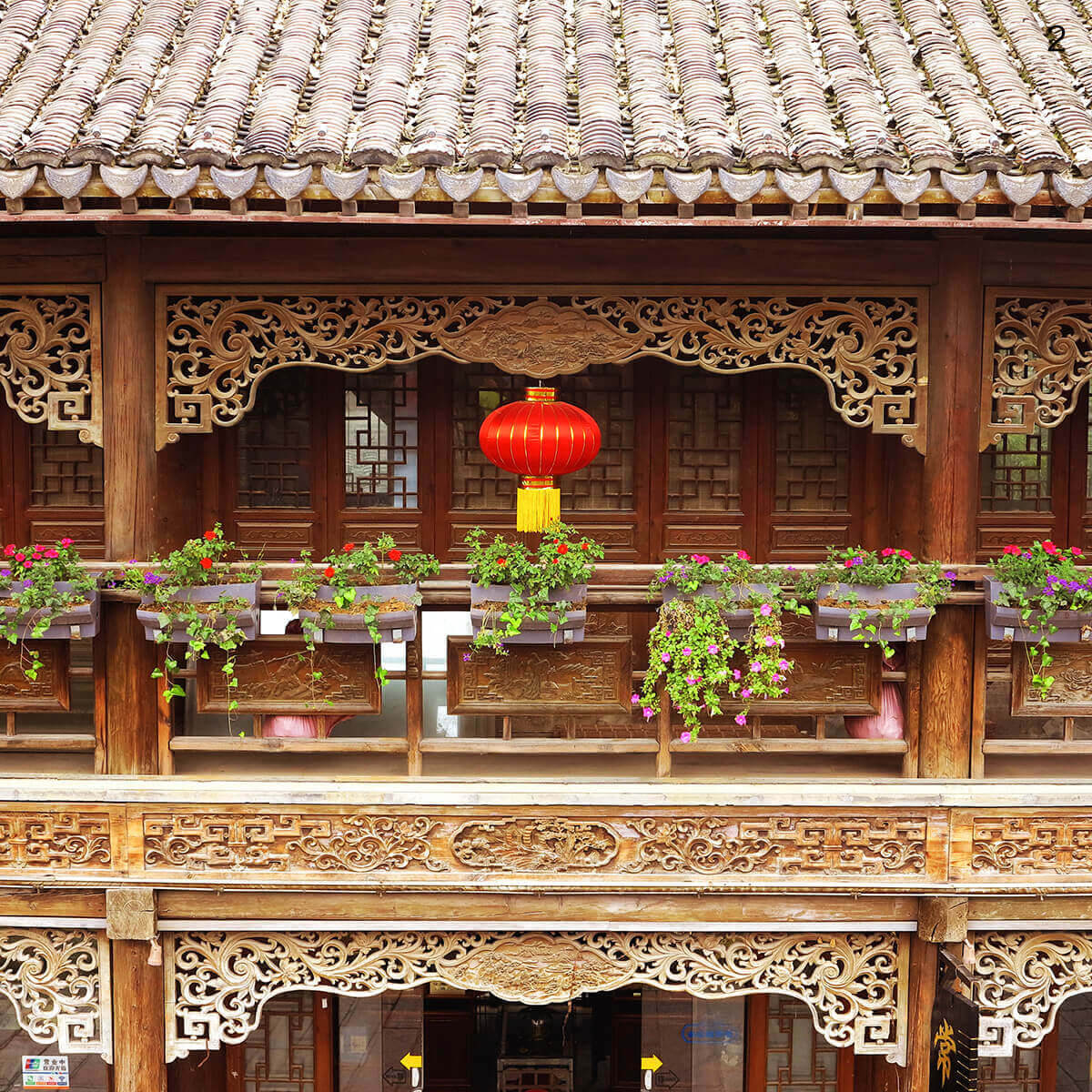 The Chinese government constantly introduces new destinations in China, especially in the auspicious month that marks the Chinese New Year and also Valentine’s Day, a Western festive day which has won the heart of people around the world. What’s a better place to celebrate those two occasions in one go like China?

Chinese New Year celebrates the turn of the traditional lunisolar Chinese calendar and the arrival of spring. Valentine’s Day falls in February, which is known as the month of love. To mix faith with romance, on this trip, we begin on the East in Shandong, which literally means “east of the mountains”. Speaking of Shandong, Chinese Thais would think of Confucius, a philosopher whose ideas are recognised even in today’s world. There are many educational institutions dedicated to Confucius teachings, including in Thailand.

When travelling in China, a 6-hour ride is normal. This is a huge country, after all. Some might think it’s a waste of time, but the views along the way are interesting and you can see different landscapes in various parts of the country. In Shandong, for example, you will notice strangely shaped limestones along the way. The highlight is going up Mount Tai, a sacred place visited by emperors to offer sacrifices, including Qin Shi. (Some emperors did not personally go pay homage, but would send representatives.)

1. Engraved stones in Tai’erzhuang Ancient Town had been restored after they were damaged during the war between China and Japan, and they are now an important tourist destination.

2. This building has been renovated while still maintaining the original architecture as well as the meticulous details.

Mount Tai is on the Eastern part of China and has breathtaking views. It is a popular spot for watching the sun rise.

Carrying a backpack or wheeling your suitcase to natural destinations in China would not be convenient, and most people only speak Chinese. To ensure a smooth trip in China, it is better to get a local tour guide. When it comes to services, cheaper isn’t always better. Read reviews and do your homework before making a decision. Transportation in China is quite expensive. To explore Shandong, start from Qingdao where you can go to Tai’erzhuang Ancient Town and Confucius’s home town in Qufu and continue to Tai’an to visit Mount Tai. Make a stop in Jinan to enjoy natural hot springs. It is said that Jinan has become one of the most famous birthplaces of beautiful ladies since ancient times. Before returning to Bangkok, make your way back to Qingdao, a former German colony, where you can see influences of European architecture.

GOING BACK IN TIME AT TAI’ERZHUANG ANCIENT TOWN

Colonialism in the 19th century used “uncivilisation” of the Eastern world as an excuse to rule over it. There were comparisons between the Eastern and Western worlds. Bangkok was nicknamed Venice of the East, but there are actually many other beautiful riverside cities in the East, such as Hangzhou, Suzhou and Zaozhuang in China. Zaozhuang is home to Tai’erzhuang Ancient Town, a town located on the eastern bank of the Grand Canal of China. The town is home to many canals. The battles between Japan and China left the town damaged, but it was later restored.

Designed for battles, Tai’erzhuang Ancient Town is surrounded by water and has some classical bridges. Visitors have to pay an entrance fee when entering Zaozhuang and can only access the town by boat.

Zaozhuang feels like an ancient town which appears as if it had never been war-torn. There are shops and restaurants along the roads and half moon like arches reflected in the water. The town is very well preserved and the water is so clear that you can see the fishes.

3. The beauty of Baotu Spring Park, from its expansive willow trees to its natural spring water, makes it a picturesque scene.

4. Mount Tai has profoundly moved many visitors, from poets to emperors, who have left numerous stone inscriptions and stone tablets here. 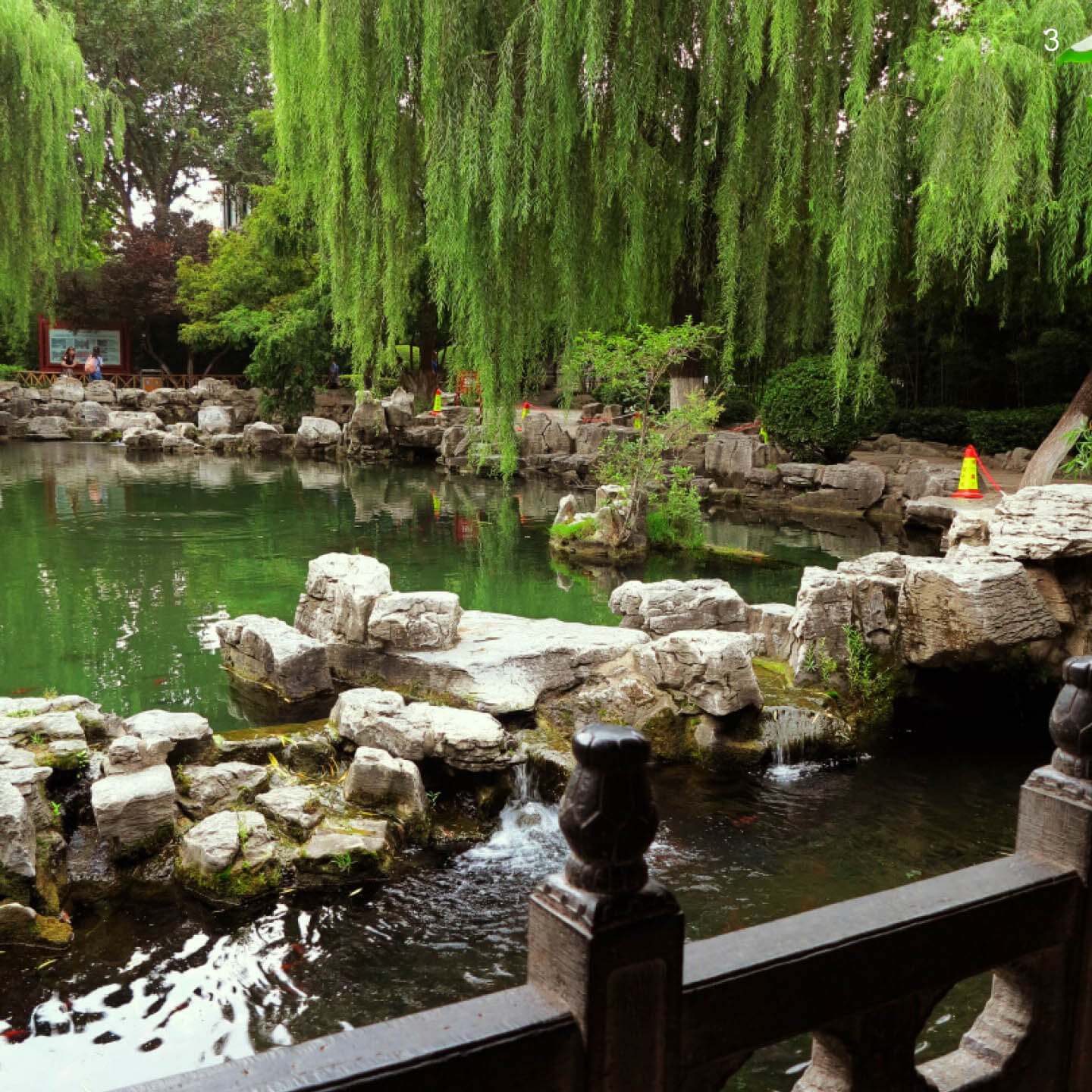 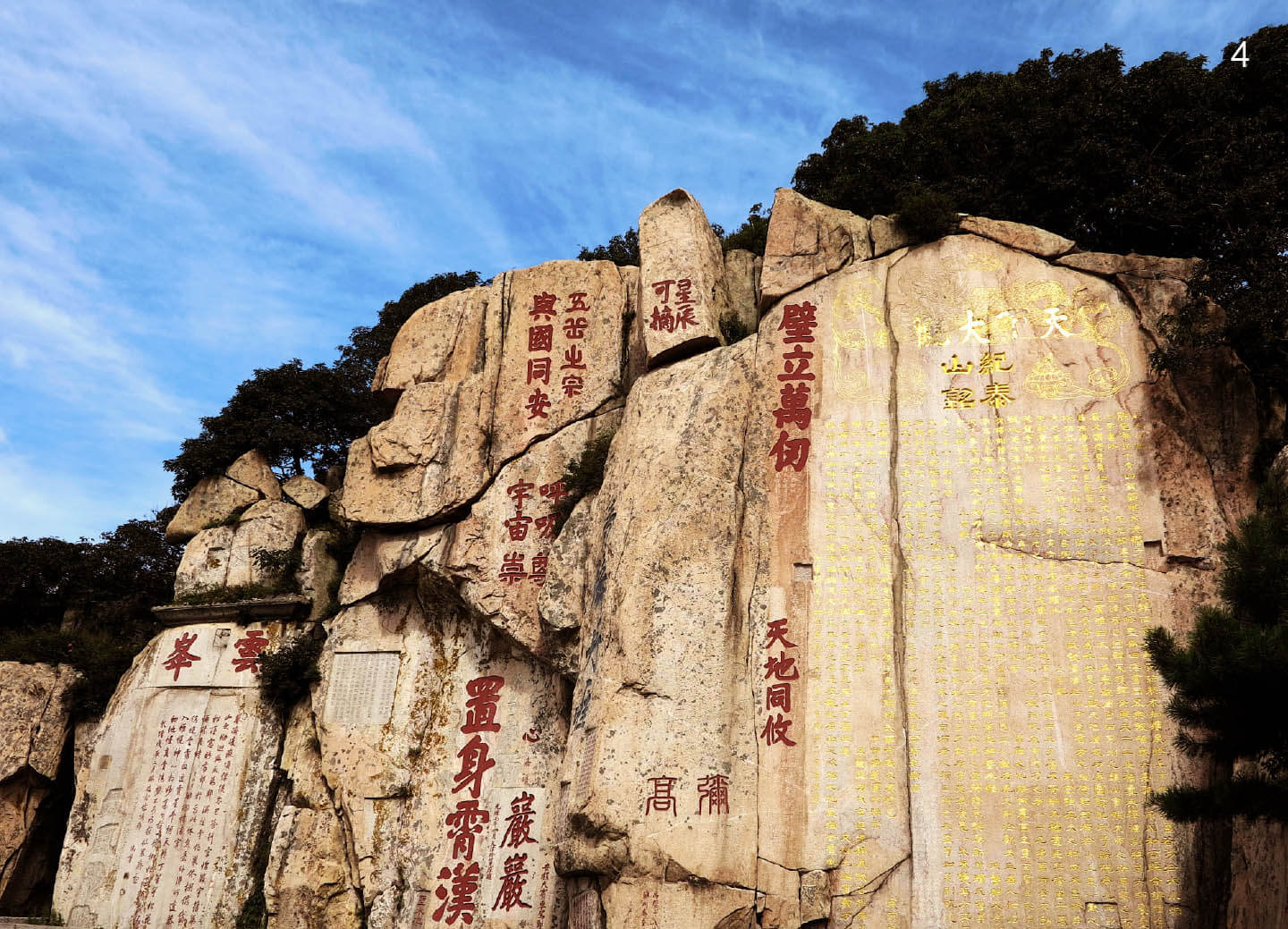 THE HOMETOWN OF CONFUCIUS

Confucius is one of the most renowned philosophers whose ideas are never outdated. His teachings are still relevant and practical in today’s world because they are logic-based.

Confucius lived during 551-479 BC and his teachings greatly influenced the Chinese culture for 2,000 years. Travelling to Qufu, you can see the Kong Family Mansion, built in the 16th century — long after Confucius’s death. The Kong family was prosperous and influential for decades, dating from the Jin to Qing dynasties. With the arrival of the Communist regime, they fled to Taiwan.

The Kong Family Mansion has more than 500 rooms, and inside there is a gift from the Qing Empress Cixi — a big, handwritten Chinese character meaning “Longevity” hung on the wall.

Not far from the mansion is the Temple of Confucius, built in 1538. It is decorated with exquisitely engraved stone railings and pi xiu, a mythical creature which was used as a status symbol in the past, but is now believed to ward off evil spirits.

5. The beautiful beach of Qingdao, from the scenic point at Signal Hill Park, curves beautifully, embracing clusters of houses with German-style red roofs.

6. Huayan Temple is the only Buddhist temple in Laoshan. It is regarded as the Cradle of Taoism, located not far from Qingdao downtown. 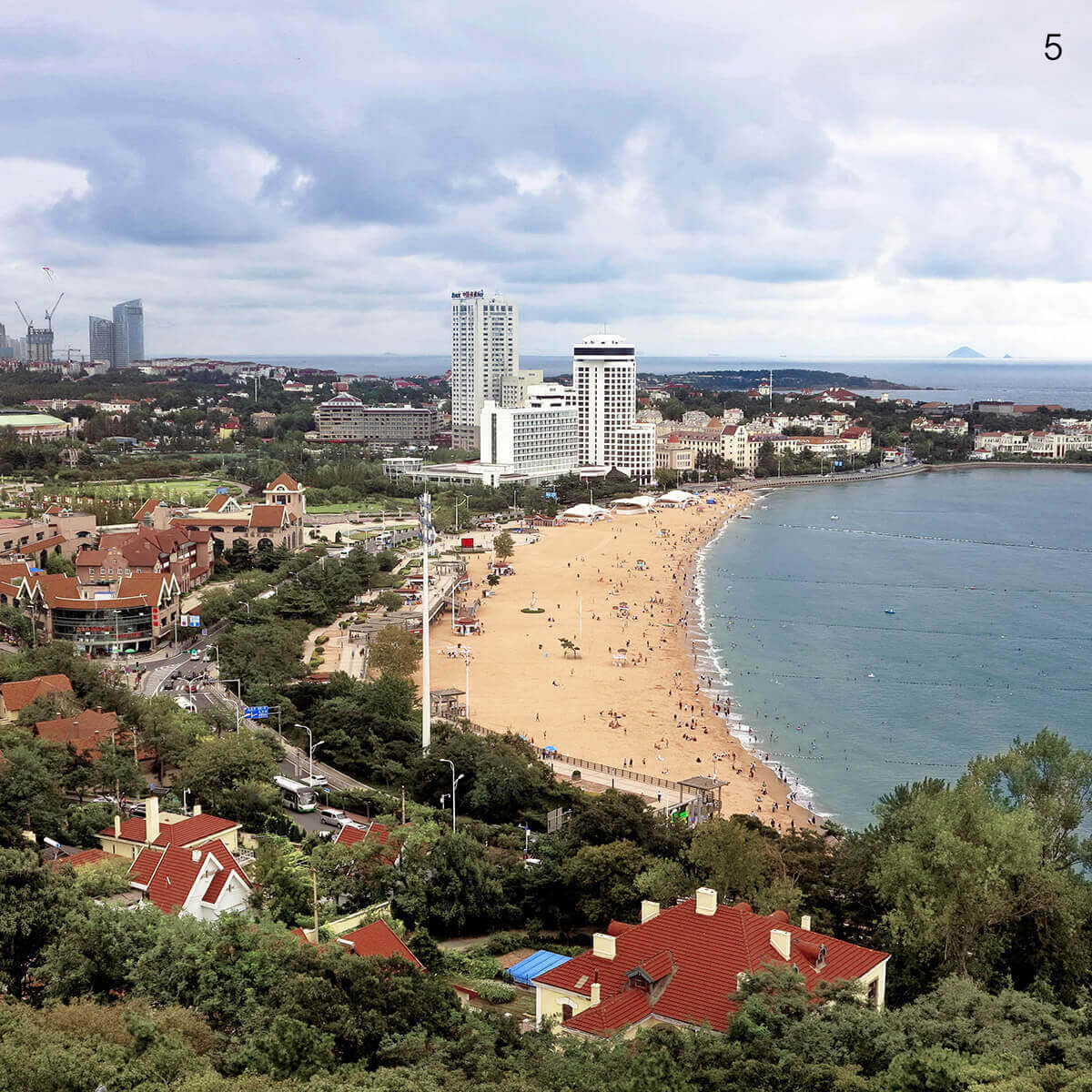 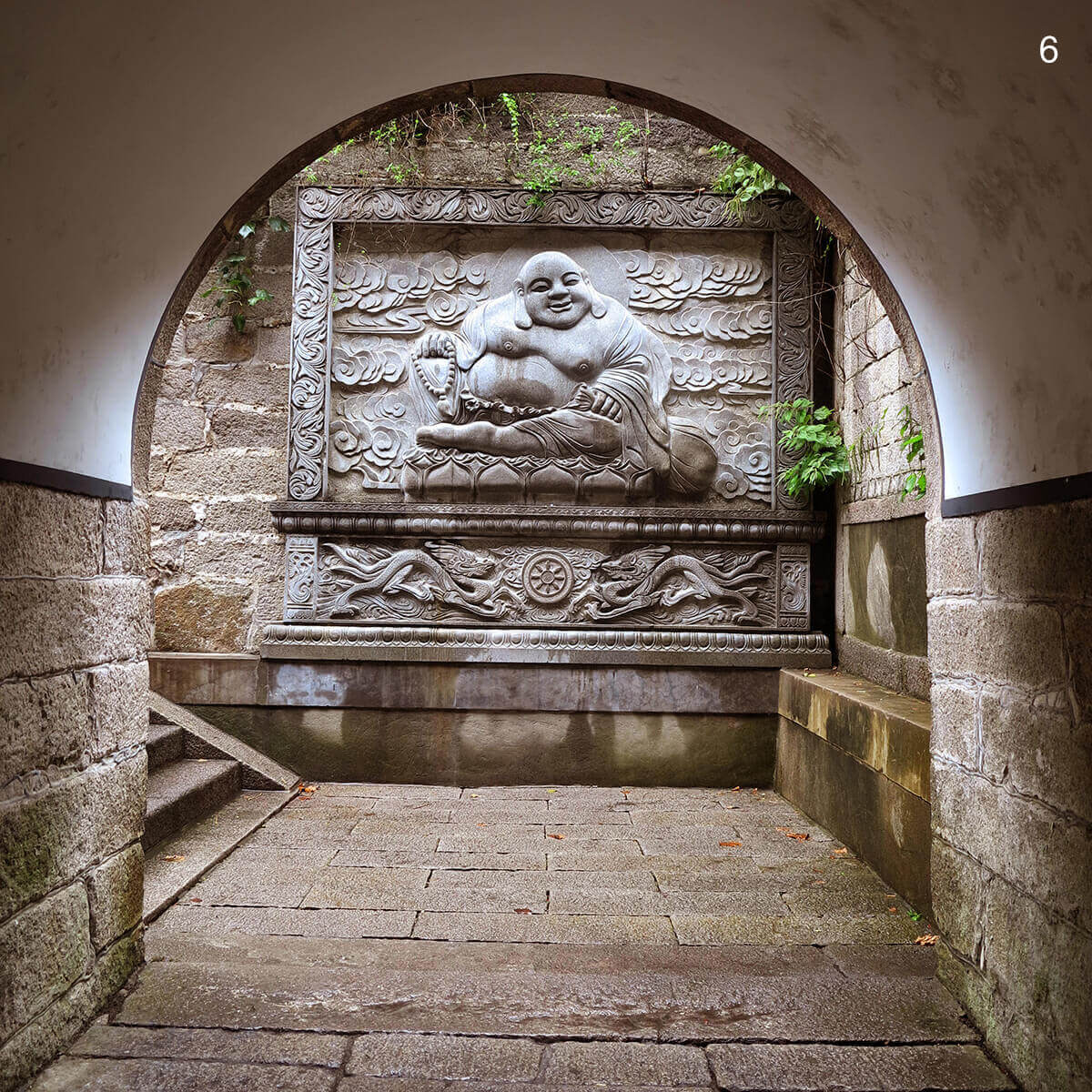 TO HEAVEN AT MOUNT TAI

Nature is a great reminder of how small and insignificant we all are. Mount Tai is an important part of China’s history and culture, and has been a UNESCO World Heritage Site since 1987. In the past, Chinese emperors climbed it to pay homage to heaven. In peaceful and fertile years, the emperor would either personally come here to thank the gods or send representatives to do so.

A total of 17 emperors had come up to Mount Tai personally, while 24 other emperors had sent representatives. In the past, coming up here meant walking up over 6,000 stone steps, but today you can take tourist bus and cable car offered to help visitors reach the summit faster. The summit is Jade Emperor Peak, commonly reported as 1,545 metres tall but described by the Chinese government as 1,532.7 metres. Many travellers would climb of Mount Tai at night so that they can see the sun rise from this summit. Some would spend the night at a small motel to wake up to the glorious, magnificent views of the sunrise. 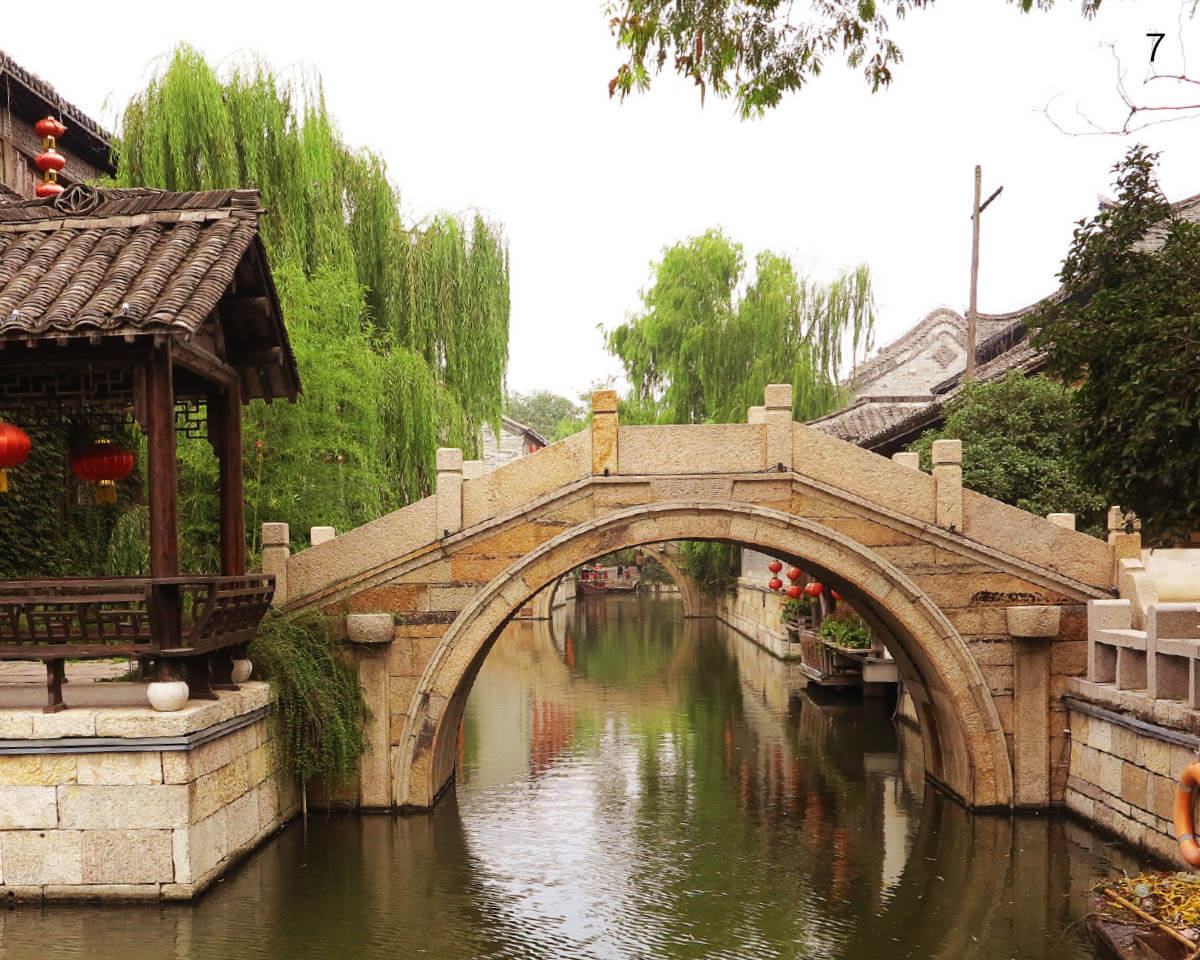 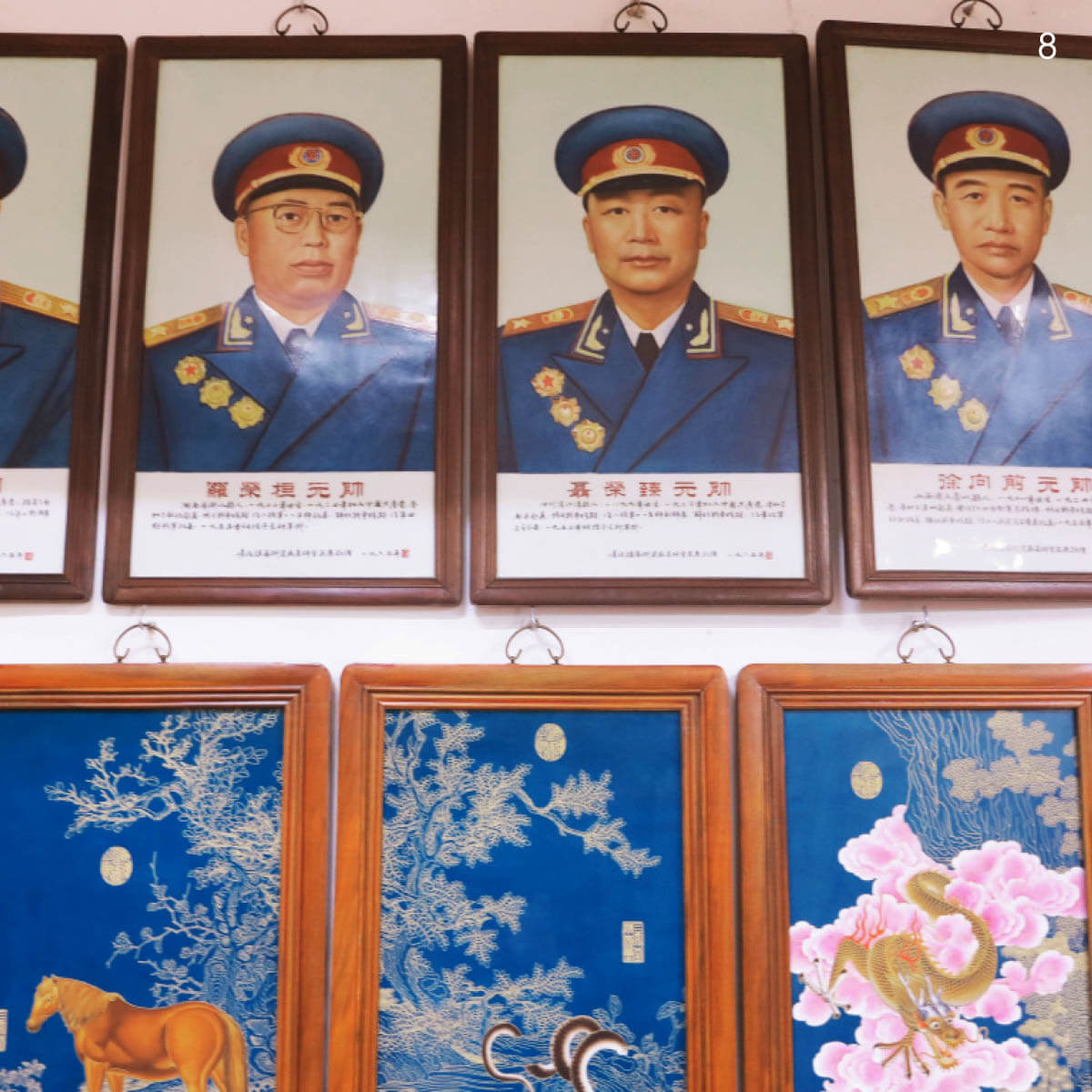 Vast quantities of poetry and stone inscriptions were left by emperors, poets and scholars of every era — the beauty of this place had inspired many to write poems about it. For couples, the views on Mount Tai can be extremely romantic.

7. Bridges in Tai’erzhuang come in various shapes and sizes.

8. The picture of art pieces in Linyi Craft Centre.

9. Taking a cable car up Mount Tai, you can see the view of the 6,000 steps and the bridges that link mountain peaks together.

10. Badaguan Scenic Resort is a German-style resort by the beach in Qingdao.

Mount Tai is on the Eastern part of China and has breathtaking views. It is a popular spot for watching the sun rise. 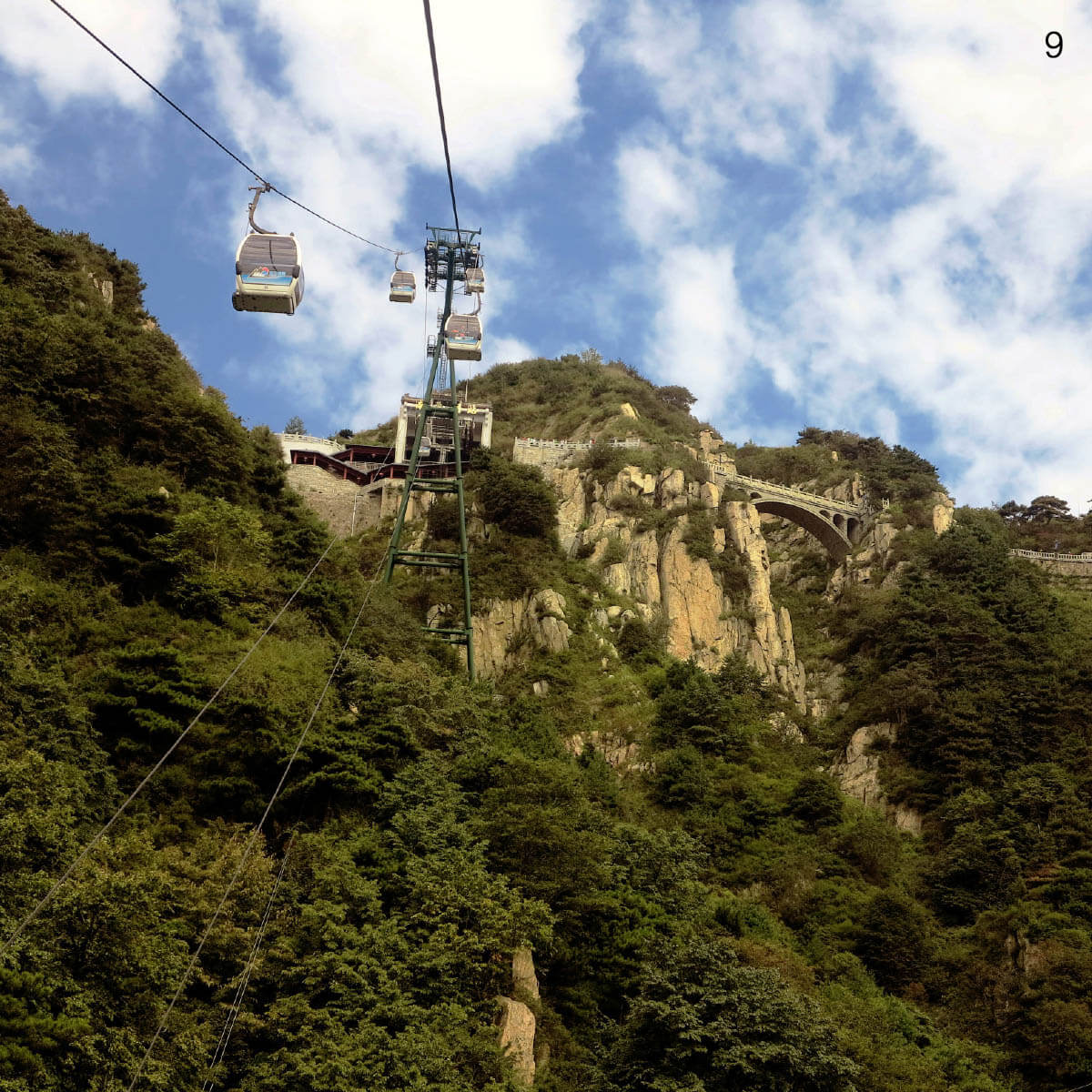 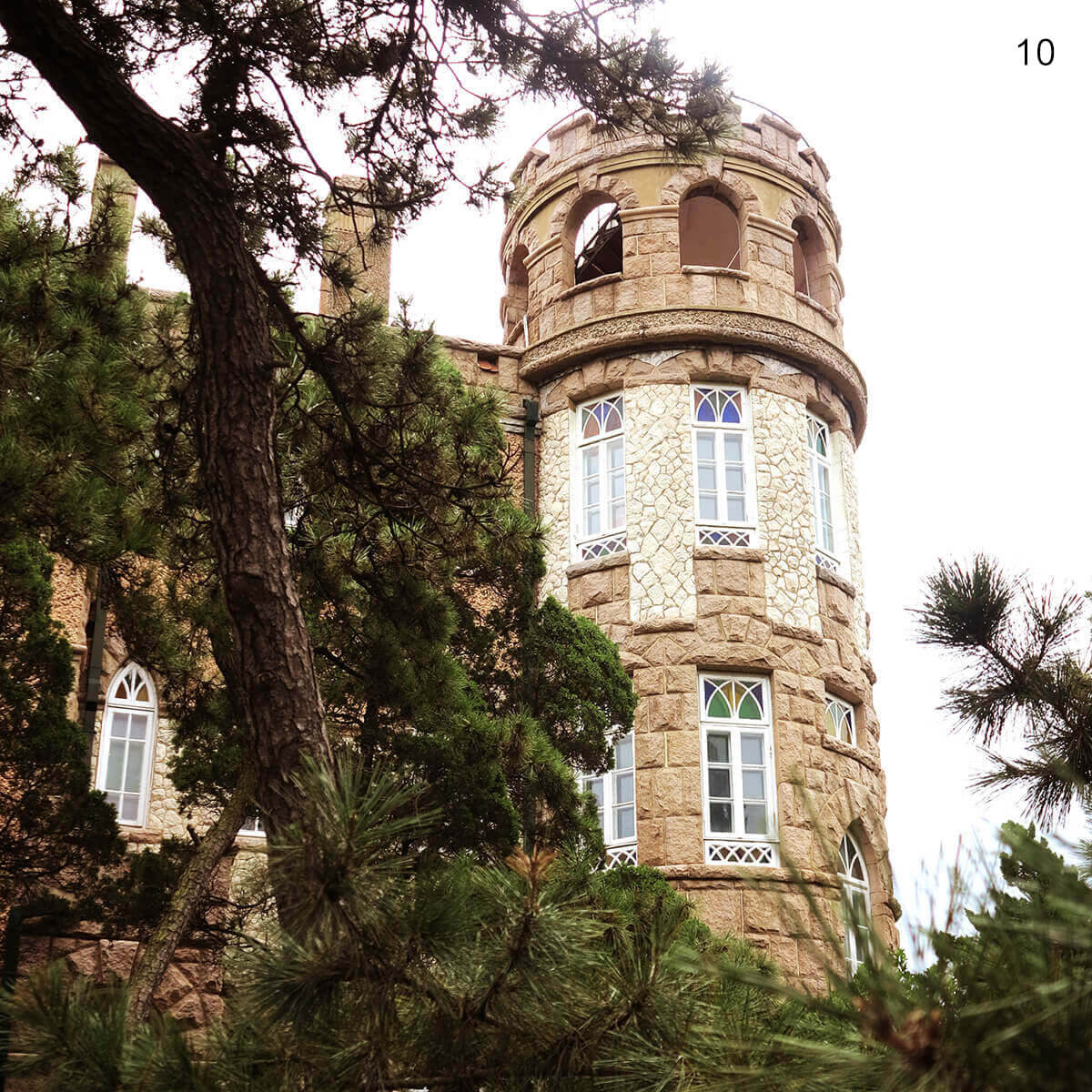 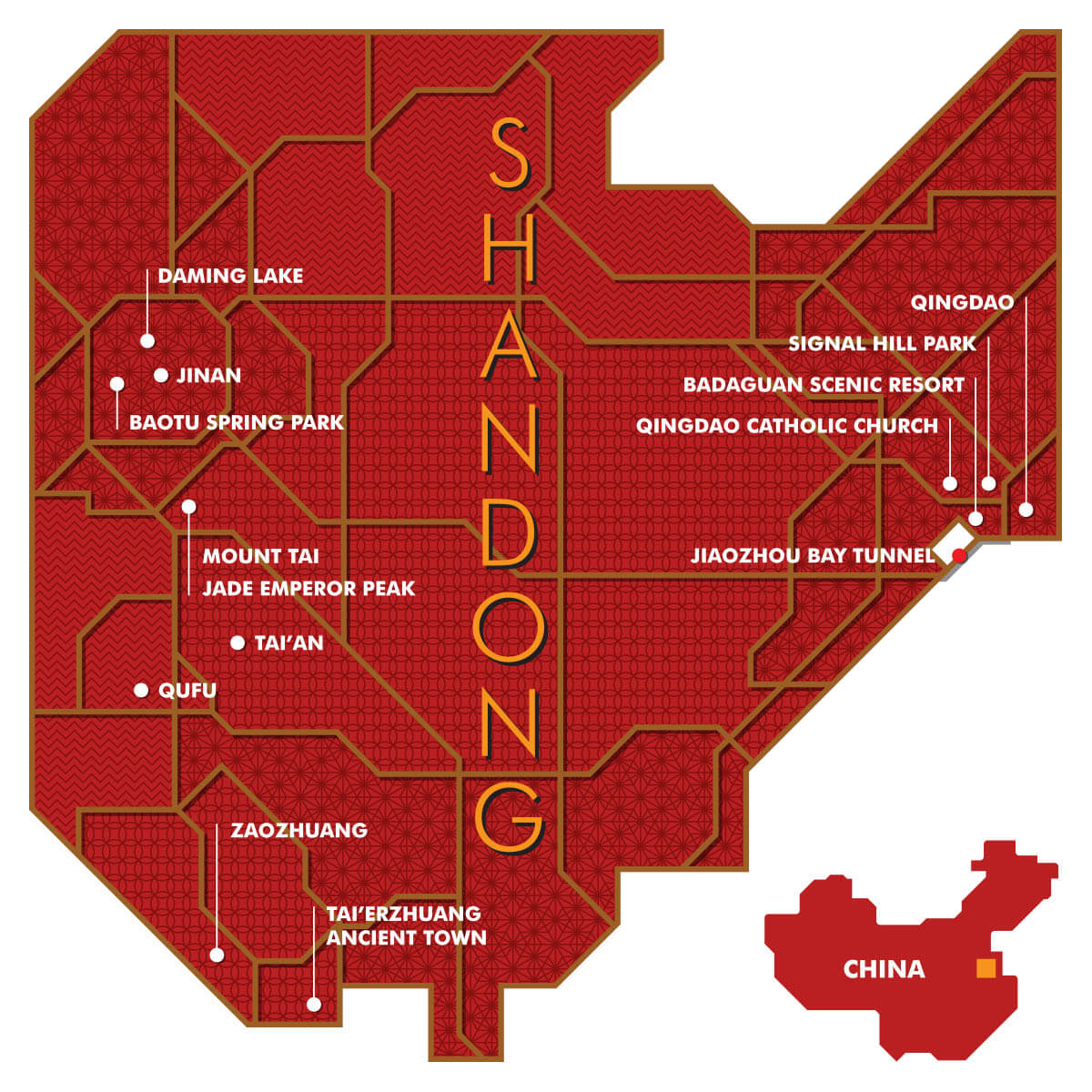 Jinan is a major city in Shandong, with natural hot springs, rivers, canals and lakes, surrounded by willow trees and lotus flowers. Despite being a big city, it still feels like an ancient city from the Qing Dynasty. There are Chinese gardens, and old willow trees everywhere. In the old neighbourhood alone, there are more than 140 springs, including ones lesser known spots like Baotu Spring Park which was built in the late Qing Dynasty. There are stone tablets and a Chinese waterside pavilion which make it different from other parks. You can see how old this place is from the size of the willow trees which blanket the park.

Another interesting way to explore Baotu Spring Park is to go to Daming Lake, which connects the park to the outside world. Charming views of willow trees and lotus flowers make it a great place to visit in any season.

A total of 17 emperors had come up to Mount Tai personally, while 24 other emperors had sent representatives. In the past, coming up here meant walking up over 6,000 stone steps, but today you can take tourist bus and cable car offered to help visitors reach the summit faster. The summit is Jade Emperor Peak, commonly reported as 1,545 metres tall but described by the Chinese government as 1,532.7 metres. Many travellers would climb of Mount Tai at night so that they can see the sun rise from this summit. Some would spend the night at a small motel to wake up to the glorious, magnificent views of the sunrise.

Vast quantities of poetry and stone inscriptions were left by emperors, poets and scholars of every era — the beauty of this place had inspired many to write poems about it. For couples, the views on Mount Tai can be extremely romantic.

VACATION TOWN WITH A GERMAN VIBE

Qingdao was a former German colony and is known as a holiday town. It is home to Qingdao Haiwan Bridge, which sets the new world record for longest bridge over water at 42.5 kilometres. It is also home to Jiaozhou Bay Tunnel which is an undersea road tunnel.

But there’s more to Qingdao than transportation wonders. Being once colonised by Germany, it has European influences in its city plan and architecture, such as the signature red roofs. From the scenic point at Signal Hill Park, you can gaze down at the homes with red roofs and European chimneys. On the other side of the city is a long stretch of white beach, where athletes came to compete in the 2008 Summer Olympics. At a glimpse, it does not look like a Chinese city. It has just the right mix of modern civilisation and pre-War German style, as seen at Badaguan Scenic Resort and Qingdao Catholic Church.

There are so many things to love about Shandong, whether you are looking for history or romance. It would take a long time to fully explore this part of China, and perhaps an infinity to experience every part of China. 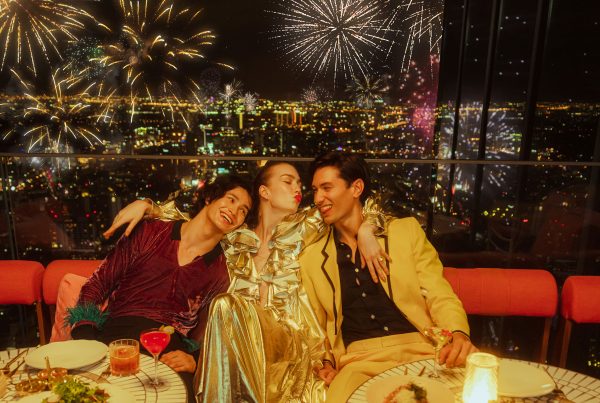 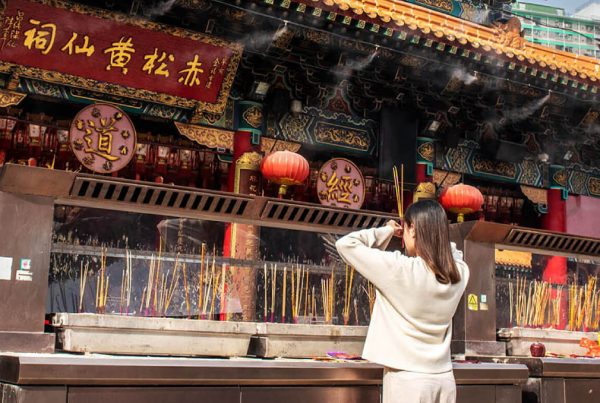 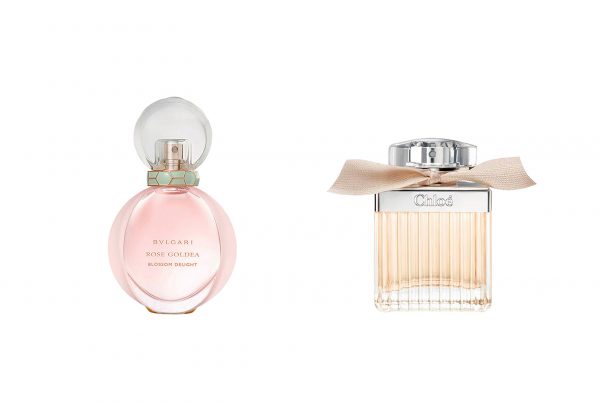