Hit enter to search or ESC to close
DestinationHighlightLifestyle

Andaman – A Slice of Paradise in Indigo Shades

A slice of paradise in indigo shades 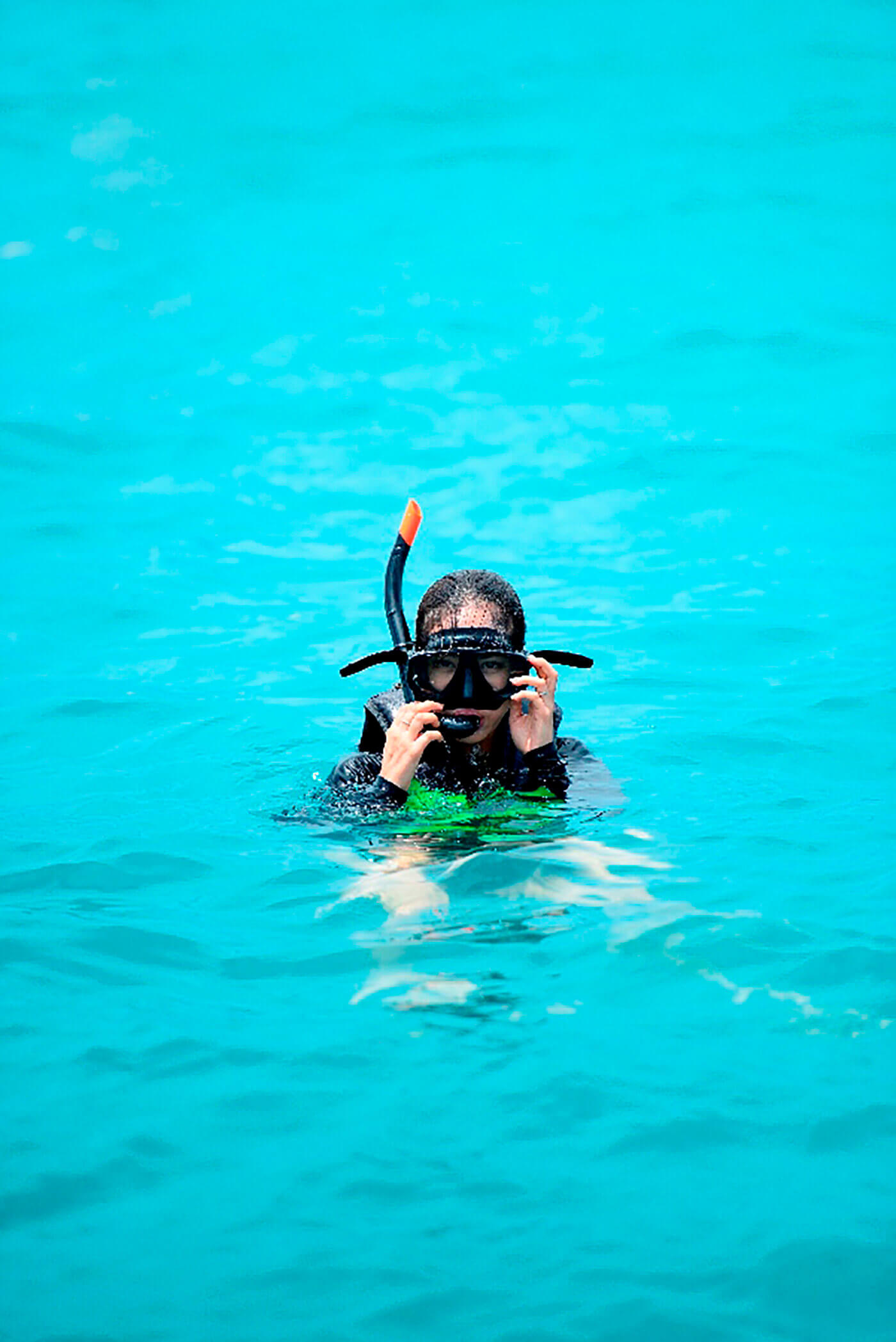 Here lie pristine sandy beaches, gentle breeze and dazzling rays of sun. It’s impossible not to fall head over heels with this indigo planet known as the Andaman Sea. This world-renowned diving site is home to abundant colourful sea creatures which stabilise the ecological diversity. To many, this is a paradise on earth.

The call of Andaman Sea was too tempting that I hurriedly packed my luggage and flew to Phuket aka Pearl of the Andaman to embark on an adventurous trip. Phuket is full of enchanting charm; way of life of the Chinese Hokkian – Phuket’s earliest settlers, pretty colonial architectural style in the old town and stretches of sandy beaches. Despite choke-full of travellers worldwide have been attracted to the island, only few has a chance to set sail for Little Maldives or Koh Maiton – a private paradise which exclusively welcomes travellers who truly treasure and understand the way of nature. 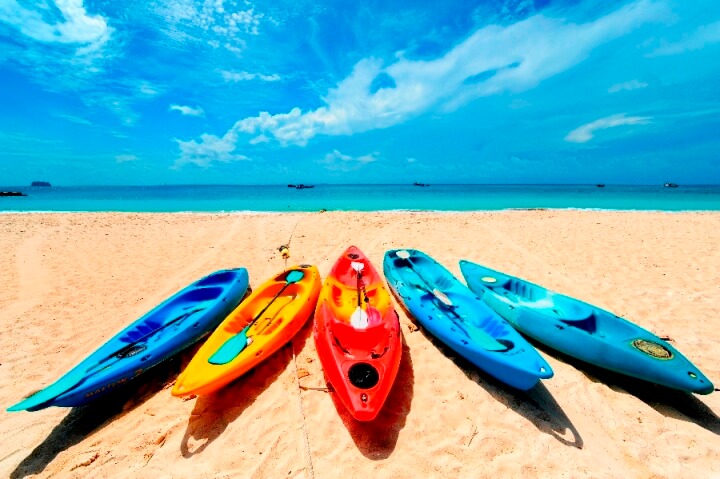 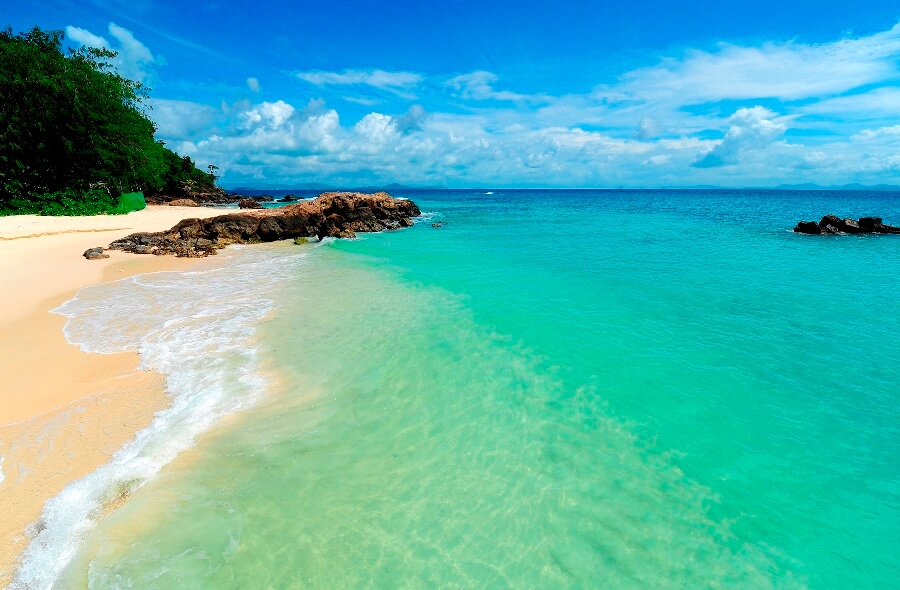 A private island with only one resort on it, Koh Mai Ton is a soul-soothing nature sanctuary and a perfect getaway for the urbanites who want to escape the city chaos. Only one-night stay on the island is enough to revitalise anyone. Fresh and tasty seafood was served accompanied by ice-cold beverages. I got weak in the knees at the sight of fine powder-fine white sand coupled with frolic bubbles on the waves. One of the best parts in this trip was taking a speedboat to shallow dive site to greet an array of rainbow-coloured fish and corals. Underwater visibility enhances especially when the sea is calm. As I got there, it seemed there were endless schools of fish swimming my way. Seeing feather stars and sea anemones swaying in bright and bold colours was so captivating. 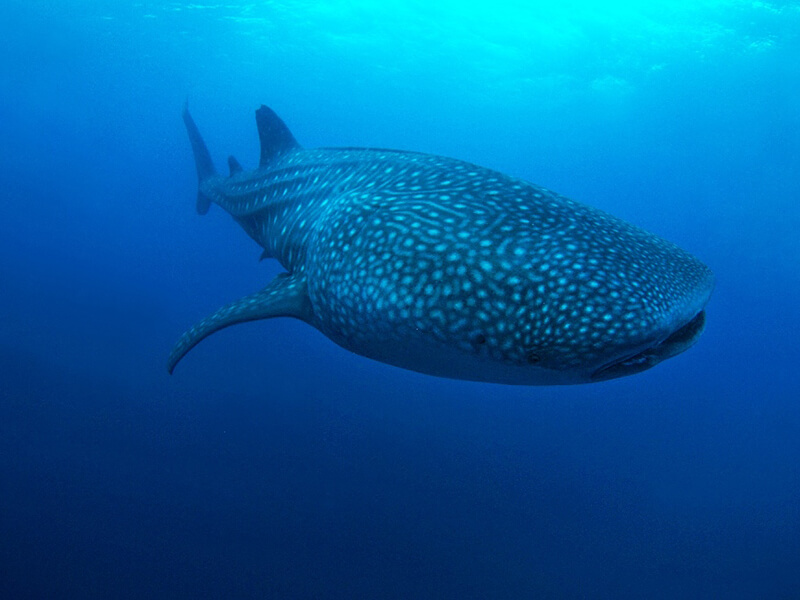 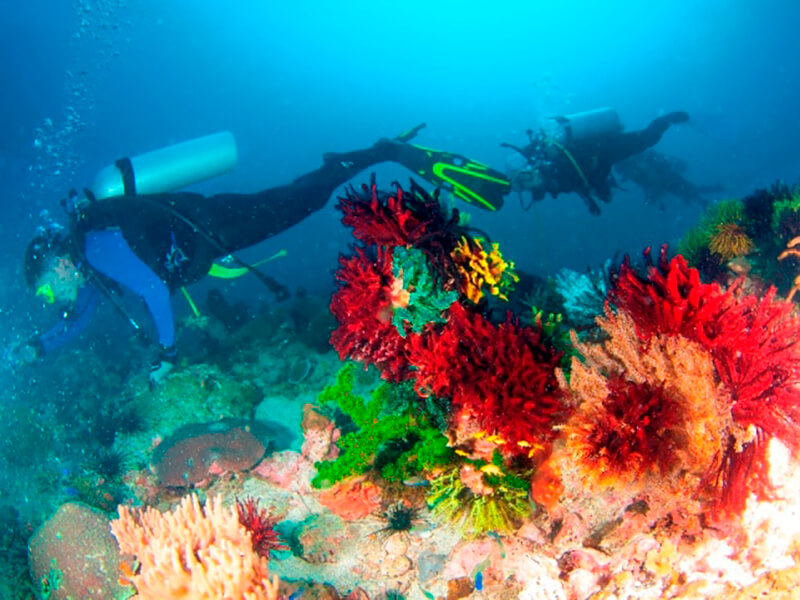 Driving past Sarasin Bridge heading north to our next destination – Phang Gna province, eventually I arrived at Phang Gna’s Thap Lamu Pier, a must-stop for all divers heading for Similan Archipelago. The islands are the best place to spot Thailand’s most spectacular soft corals population. Actually, the islands have been ranked in the world’s Top 10 dive destinations. I bought a trip on a liveaboard dive boat so I could really spend my time 24/7 chilling out on it. Basically it was my own floating kingdom amidst the sea.

Similan Archipelago is officially a Marine National Park so all biological diversities have been well protected. The blue realm is teeming with life; especially under the crystal clear sea in an ultimate indigo blue. Don’t forget to visit Sail Rock viewpoint on Island no.8 which is the most photogenic spot here.

Similan means nine islands in Yawi, which is the native tongue of the area, referring to Island no.1 (Koh Yoong), Island no.2 (Koh Payang), Island no.3 (Koh Payan), Island no.4 (Koh Miang), Island no.5 (Koh Ha), Island no.6 (Koh Bayu), Island no.7 (Koh Pousar), Island no.8 (Koh Similan) and Island no.9 (Koh Ba-gnu). Later Thailand’s Department of National Parks, Wildlife and Plant Conservation announced the extension of Similan Archipelago to include Koh Tachai and Koh Bon which boast plethora of fish and coral species under its protection.

Similan Archipelago is best known for scuba diving. As I mentioned earlier, this is where Thailand’s most stunning soft corals gather and marine biodiversity can be found. You would go ooh and ahh as you go along the islands. There are silvertip sharks and leopard sharks around Hin San Chalam. If you are into corals and sea fans, head for Anita’s Reed. Fantasy Reef is an underwater oasis blessed with pretty creatures swirling around you. Meet black ribbon eels and Red Fire Gobies at Christmas Point. More exciting are Koh Bon and Koh Tachai where it is not uncommon to encounter sharks and other large fish searching for their food. Eel Garden is a vast sandy ground under the sea near Koh Ha. There lies a habitat for hundreds of sea eels. Orchid House is no doubt a garden in paradise with multitude of vivid coloured soft corals. Lionfish and giant cowtail stingrays are likely to be found in several caves underwater. Stone Henge here at the islands is a pile of massive rocks where stingrays and shark rays are often sighted. That said, Similan Archipelago is truly every diver’s paradise. 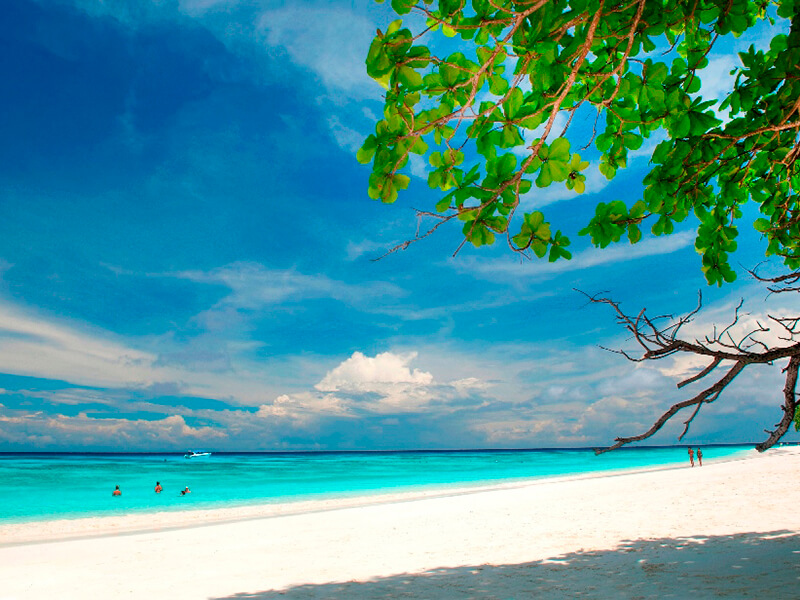 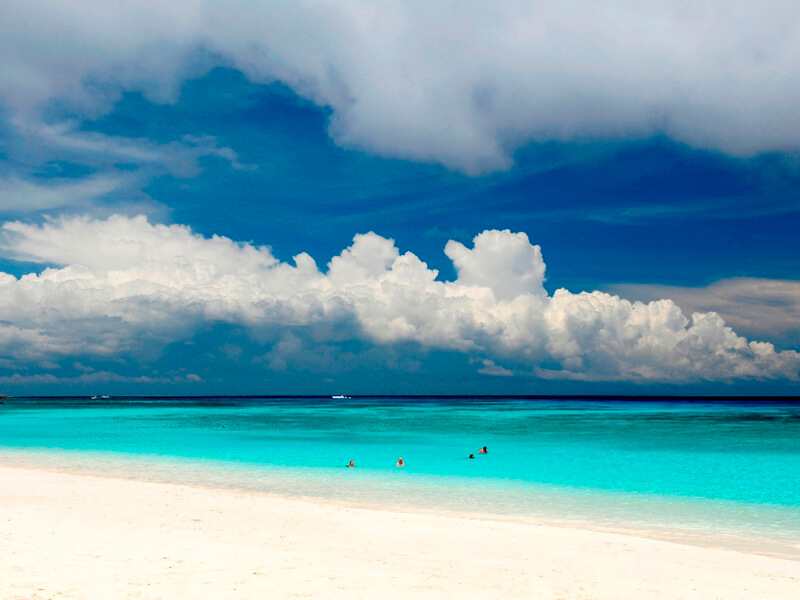 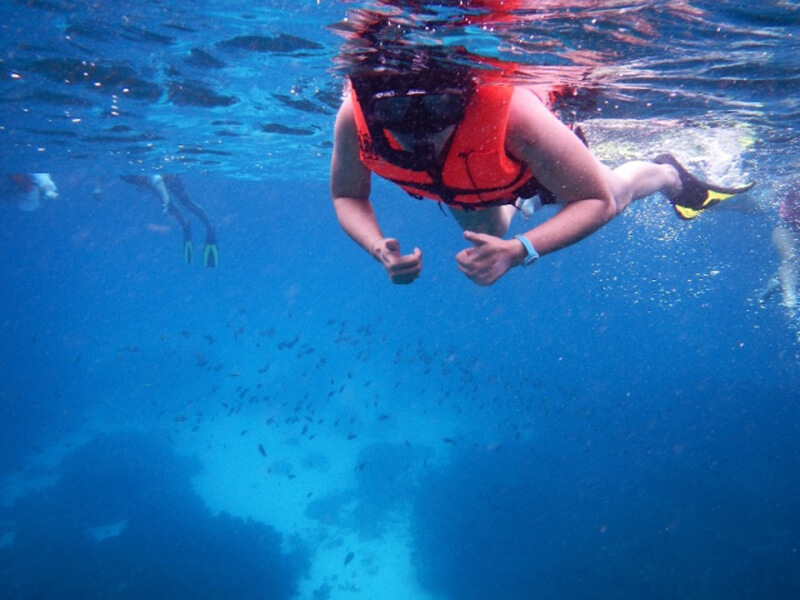 I spent time at Similan Archipelago’s Koh Tachai longer than I did at other islands. Most of this small island are unspoilt. I particularly liked the feeling of stepping on its fine powdery white sand just to hear the sound of friction as the sand rubbed my feet.  A nice gradient effect of various shades of blue reflects different depths of water. It is said that a man named Chai was the one who discovered this island. With a stretch of sandy beach spanning over 700 metres, it was fun to stroll along looking for Pou Gai – a crab unique to the Andaman Sea. Diving around Koh Tachai, you might bump into frog fish, barracuda or even a whale shark – a kind giant of the sea which often hangs around looking for food.

Next I moved further along the Andaman Sea into the waters of Phang Gna and made a stop at Surin Archipelgo National Park. In spite of the severe impact of the tsunami in 2004, it is still an ideal spot for divers to find a large number of hard coral types as its marine ecosystem has gradually restored and the natural beauty has almost completely returned.

The archipelago is made up of five big islands; Koh Surin Nua (North Surin Island), Koh Surin Tai (South Surin Island), Koh Ree (Islets of Stok), Koh Pajoomba (Middle Island) and Koh Kai (Torilla Island). Its rich biotic community makes the islands one of the world’s prime sites to spot whale shark especially from March to May when divers flog here the most. 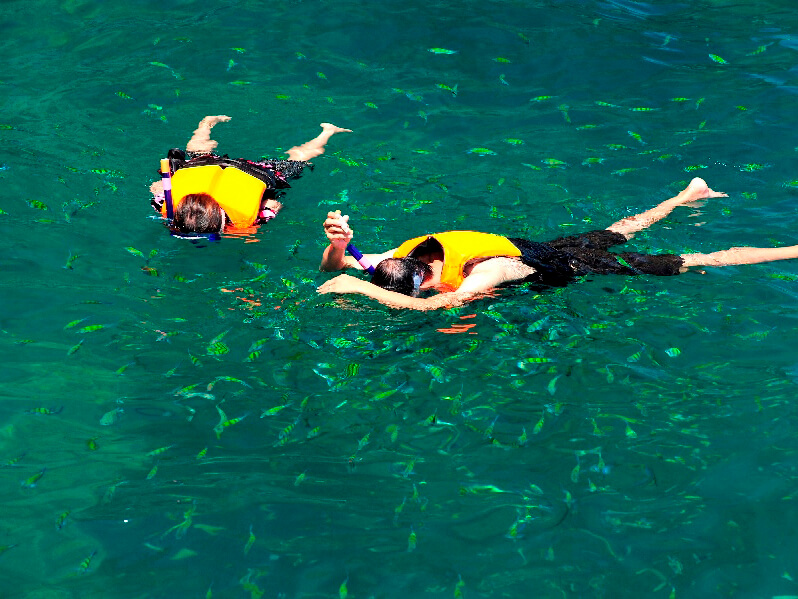 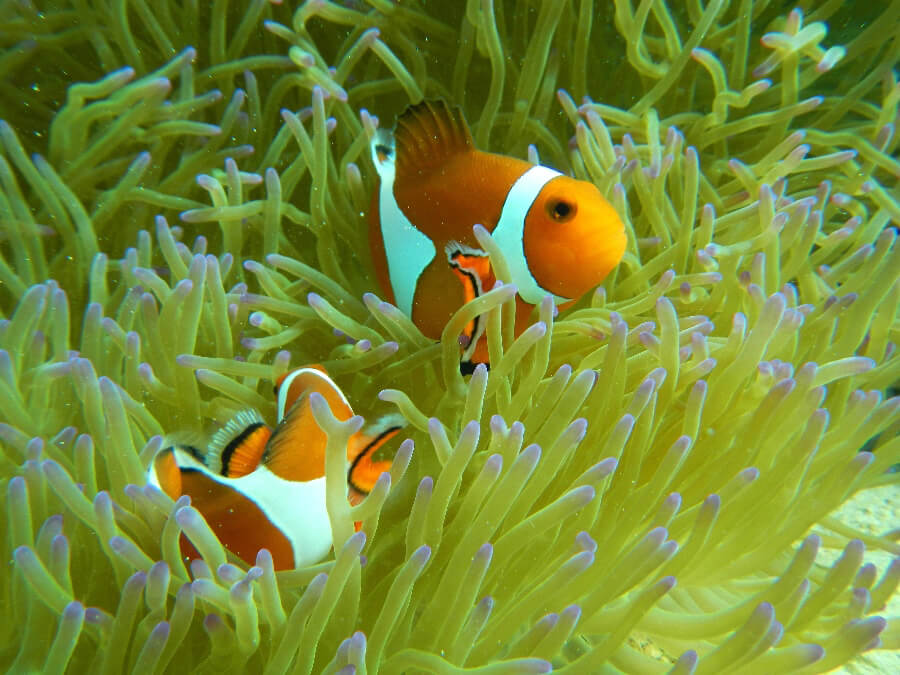 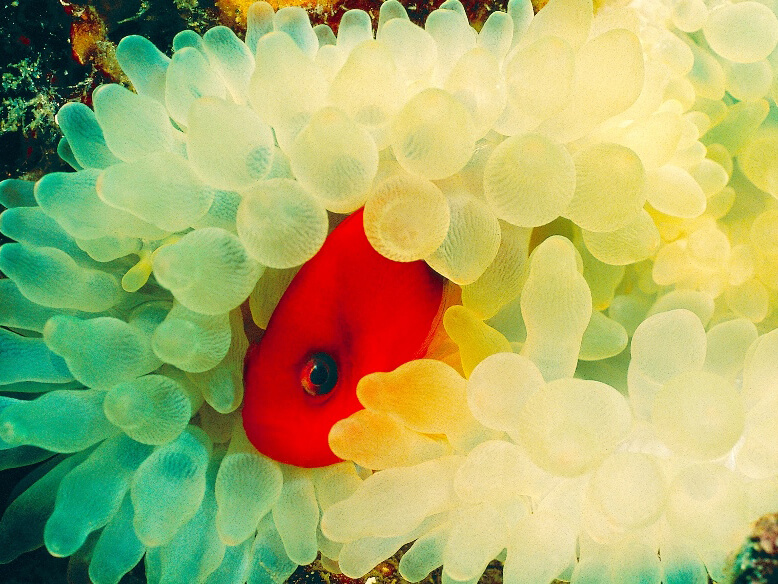 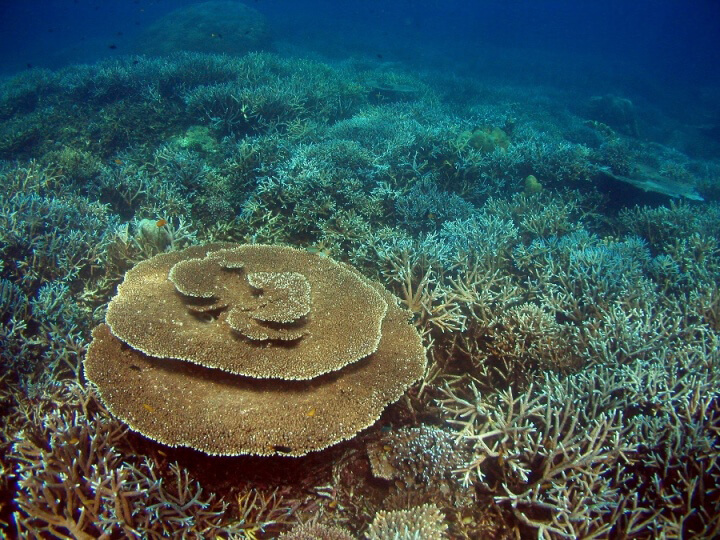 Water clarity around Surin Archipelago is unparalleled elsewhere in Thailand as the sediment-free water of the surrounding bathing the islands throughout the year. Snorkellers especially favour these islands as they are Thailand’s biggest underwater playground. Koh Khai is brimming with giant staghorn corals while Hin Pae is full of flashy sea fans as well as several species of sea fans and sharks for you to observed. In South Surin Island’s Suthep Bay, you can enjoy Thailand’s first underwater 50-metre snorkelling trail marked with signs to educate divers on how to enjoy the beauty of the fragile coral ecosystem without unintentionally damaging it.

South Surin Island’s Little Bon Bay and North Surin Island’s Ton Sai Ain Bay are widely known for ideal diving site as well as their inhabitants – the Moken. Normally they build their homes along the beaches. Some simply live on a boat. They rely heavily on fisheries and hardly communicate with the outside world. Unfortunately the tsunami wiped out their whole village in 2004. Consequently, their way of life had to undergo drastic changes since they had to relocate to live on the main land. However, they still manage to retain their traditions and beliefs. For example, come April, the Moken will gather for the ritual of boat floating to pay homage to the spirits of their ancestors. This rare ritual reflects the longstanding bond between human and the sea for several generations.

When it was time to fly back to Phuket, the image of deep indigo blue, stunning corals and schools of vibrant fish were still vivid in my memory. This is my beloved sea and I want to cherish all the lives residing here in my Andaman Sea in the embrace of blue paradise.

Best Season: It is best to visit the Andaman Sea starts from late October to April as the sea is mostly calm with bright blue sky.

Getting There: You can easily fly to Phuket via Air Asia Airlines ( HYPERLINK “http://www.airasia.com” www.airasia.com) which operates flights to Phuket every day. Roughly, a flight takes about 1 hour and 25 minutes.

Koh Mai Ton is 9 kilometres away from the east coast of Phuket Island. By speedboat from Laem Panwa Pier, it only takes about 15 minutes. For day trippers, a tour package is available from 10.00 am – 4 pm. There is only one accommodation there – Honeymoon Island Phuket Resort.

Similan Islands in Phang Nga can be reached by taking a 70-kilometre boat ride departing from Thap Lamu to Koh Miang (Island no.4) where the national park and Similan Island (Island no.8) are located. The boats are operated on a daily basis by a private company during high season from 15 November to 15 May. Departure times from both piers are scheduled simultaneously; leaving Thap Lamu Pier for the island at 8.30 am and returning to Thap Lamu Pier at 3.00 pm.

Surin Archipelago in Phang Nga can be reached by taking a 60-kilometre boat ride operated by a private company in Kuraburi Pier for about 1 hour and 30 minutes depending on the type of ride; speed boat or normal one. 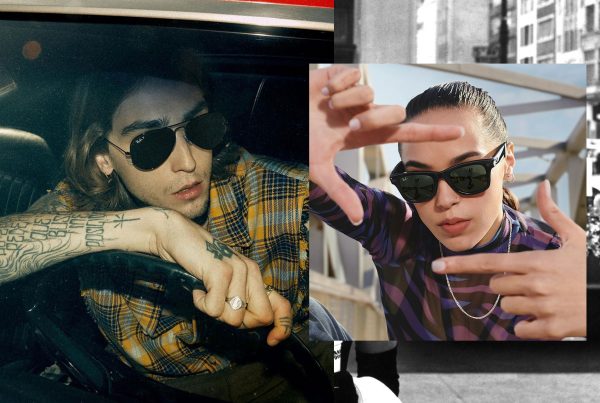 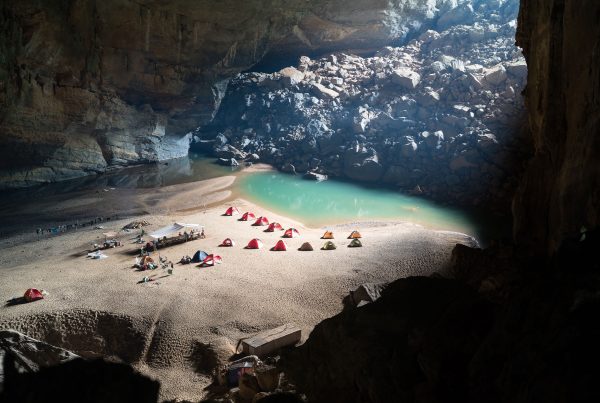 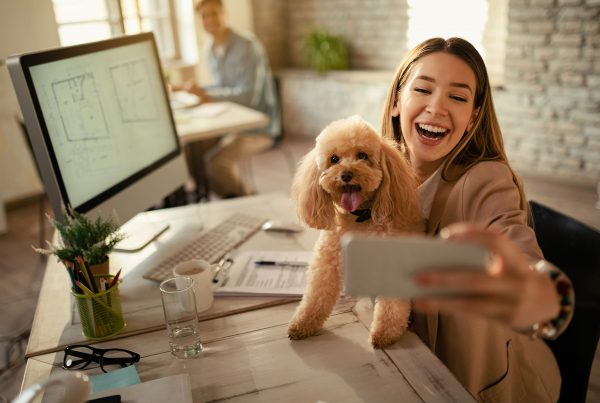