Hit enter to search or ESC to close
DestinationLifestyleLifestyle 135Number 135

By Editor22 September 2020 No Comments 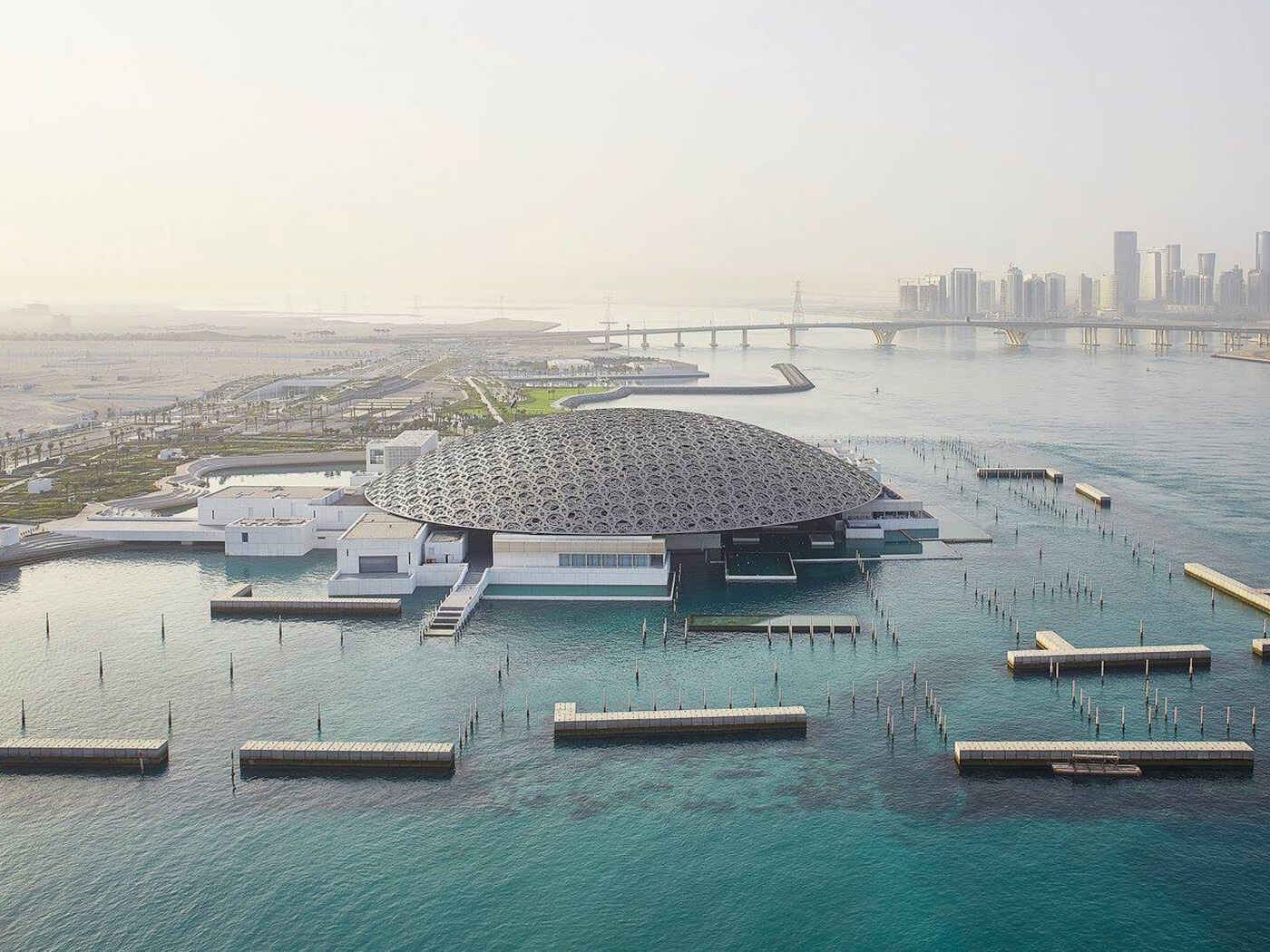 WHEN ART MEETS SAND AND SKY

Its massive size, cinematic effects and dazzling design are reminiscent of some modern art museum in Europe. Before you know it, you might have already fallen head over heels with these charming arabesque patterns of Islamic arts.

For travellers with a penchant for arts, Musée du Louvre aka Louvre Museum in Paris is inevitably on their art bucket list. Since the museum opened its door for visitors in 1793, it has become a significant landmark steeped in history, arts and culture. Last year, it also earned the title of the world’s most visited museum with a record visitor of 1.2 million. In 2017, the world saw the first outpost of Louvre Museum outside France some 200 year after the debut of the first Louvre.

Louvre Abu Dhabi, the sibling of the original Louvre Museum in Paris, stands on the waterfront of Abu Dhabi in United Arab of Emirates. Despite not being that far from Bangkok, this largest emirate of the UAE is often an underrated destination for many making a trip to this city on an island a mysterious and challenging one. 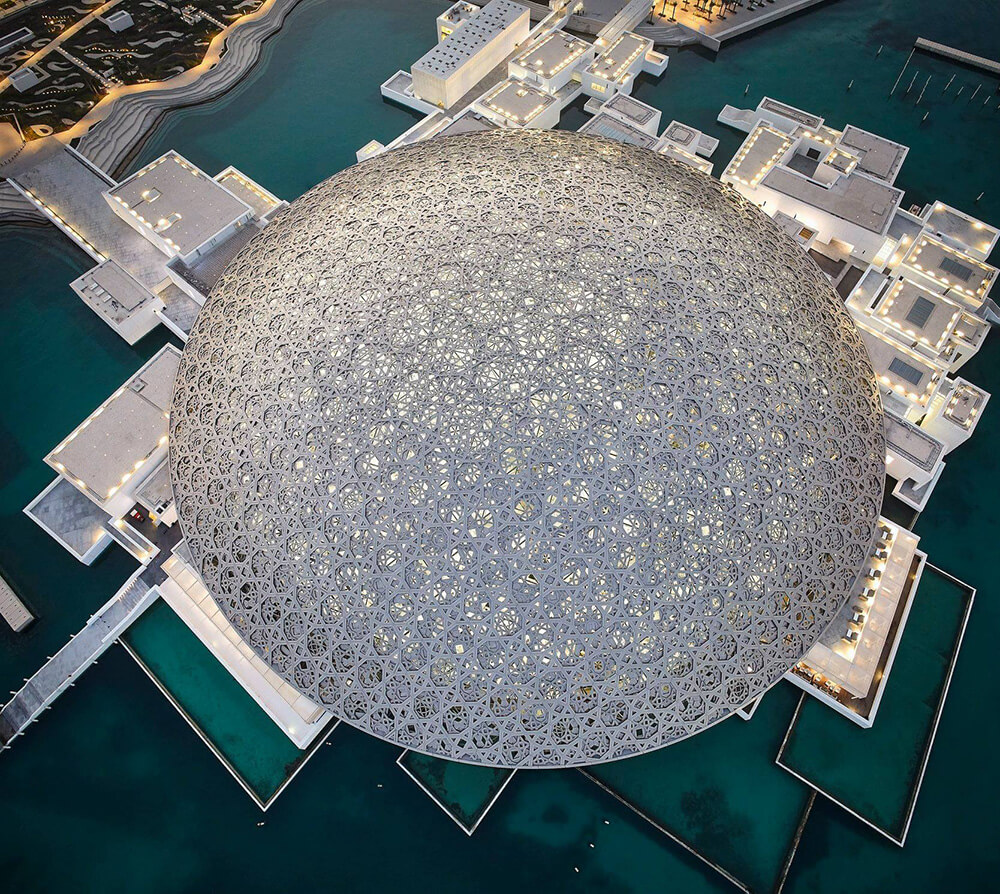 Louvre Abu Dhabi, designed by Jean Nouvel – a notable French architect, boasts an iconic dome spanning 180 metres in diameter above the majority of museum complex. The design echoes the distinctive characters of prevalently local Arabesque patterns in harmony with magnificent nature of the museum’s location where the sky touches the sand strip of Saadiyat Island and the waters of the Arabian Peninsula.

The dome’s intricate lattice mesh pattern is the result of the engineering marvels of the structure crafted from 10,968 individual elements, 7,850 individual stars and eight superimposed layers. That is why this sparse-looking structure weighs more than 7,500 tonnes, which is roughly equivalent to that of Eiffel Tower in Paris. Thus, another two layers of steel frame had to be put up to support the whole structure. Comprising 10 layers, this dome is truly a feat of engineering. Its massive size, cinematic effects and dazzling design are reminiscent of some modern art museum in Europe. Before you know it, you might have already fallen head over heels with these charming arabesque patterns of Islamic arts. 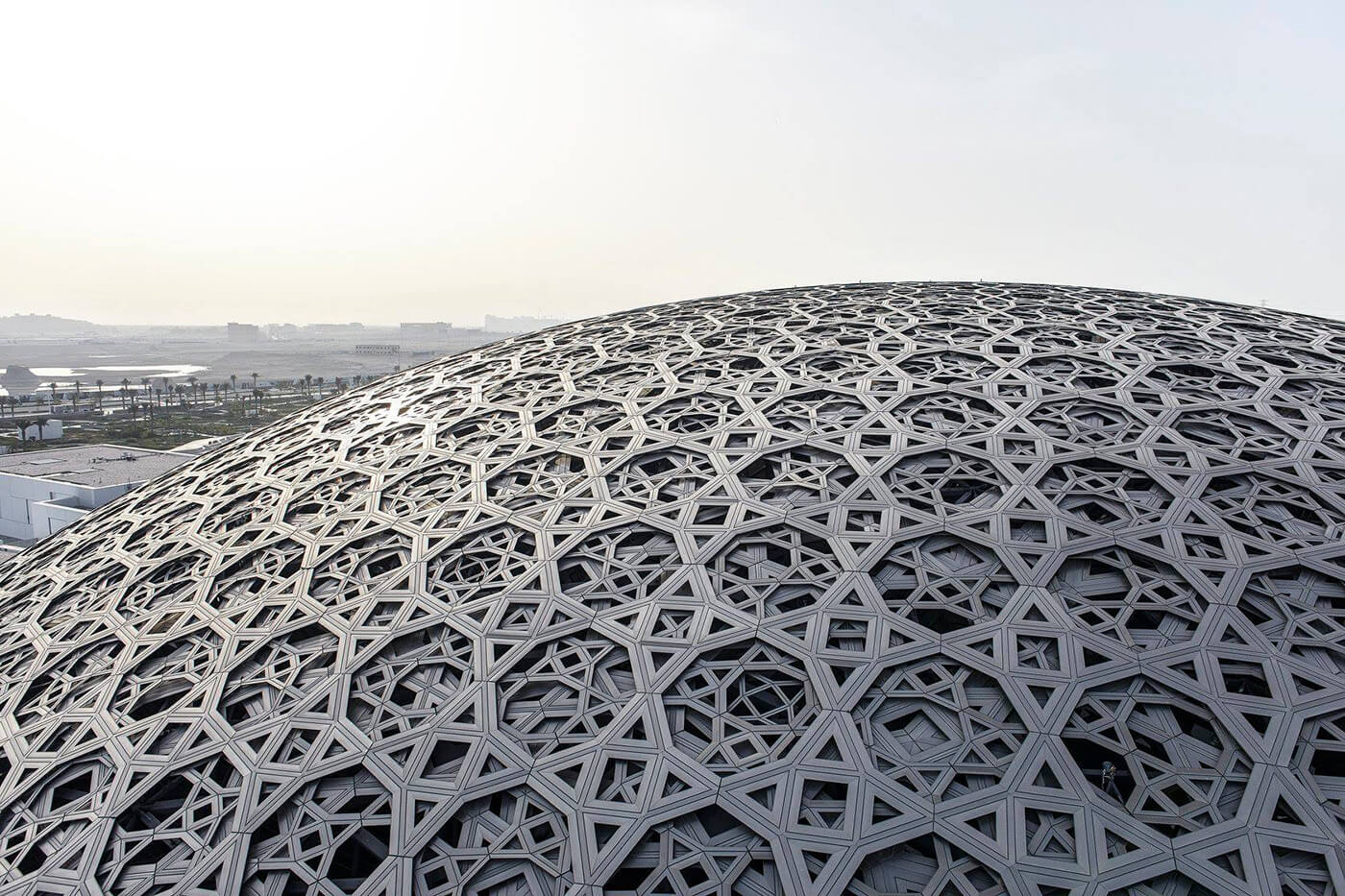 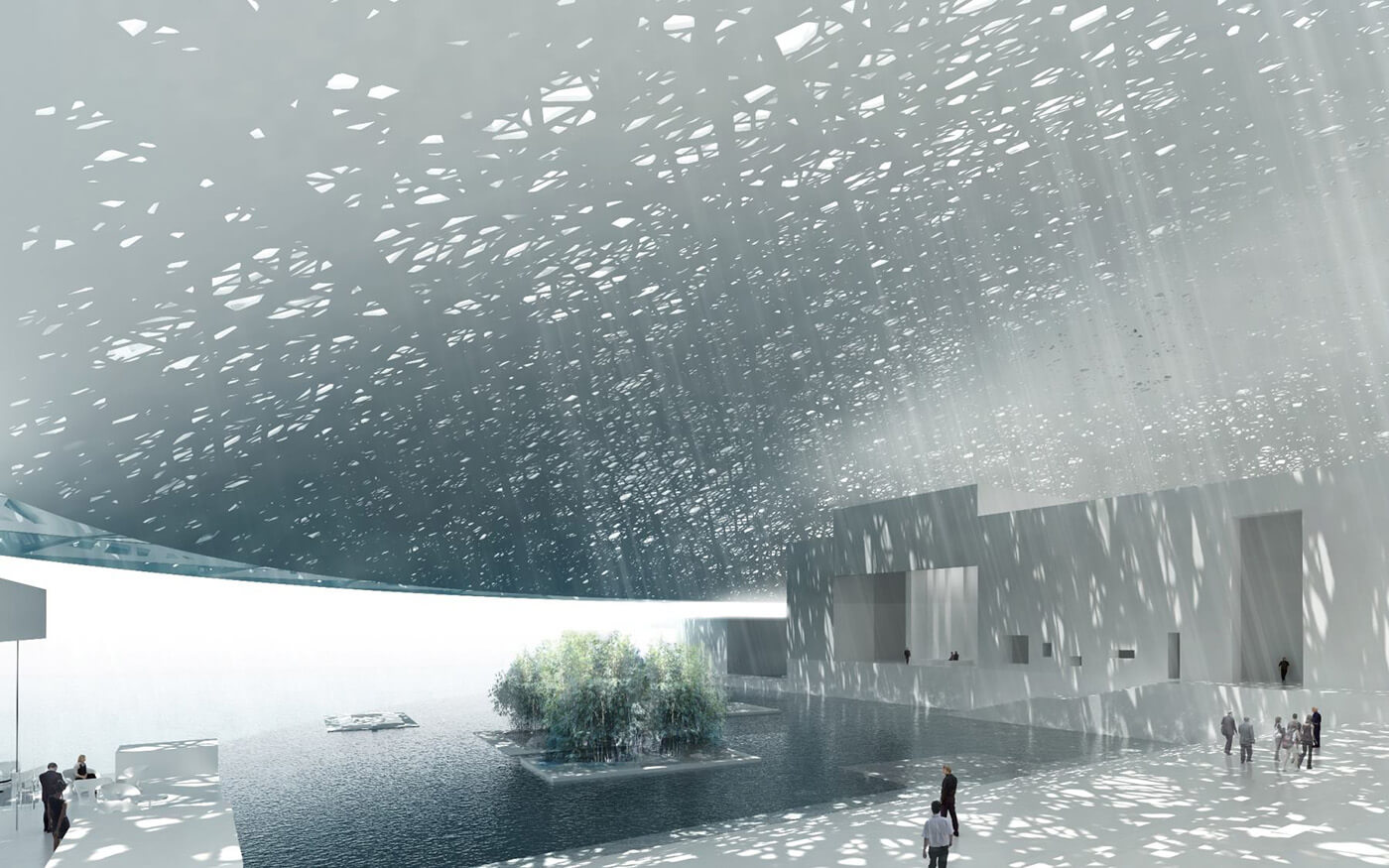 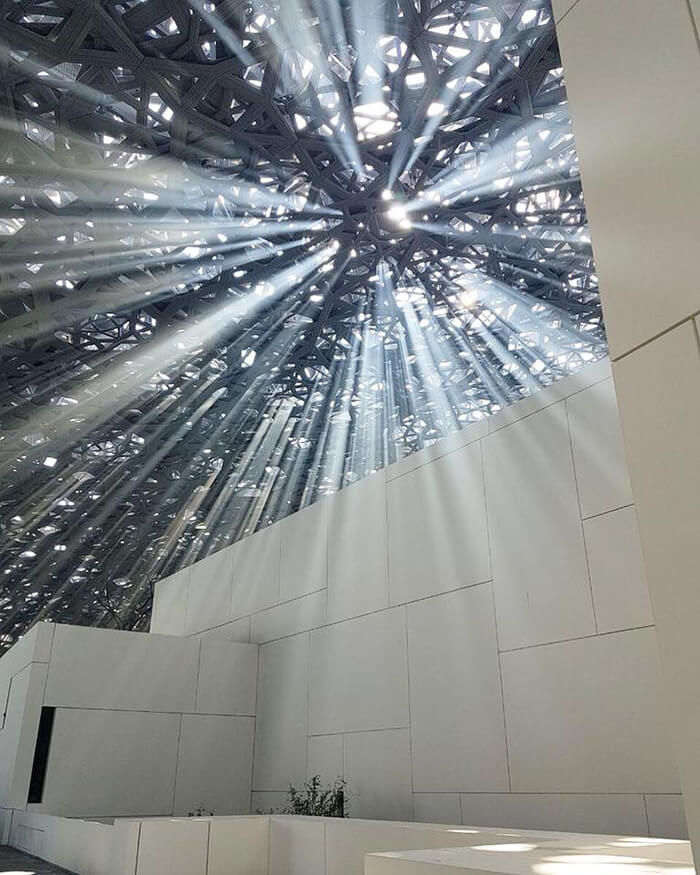 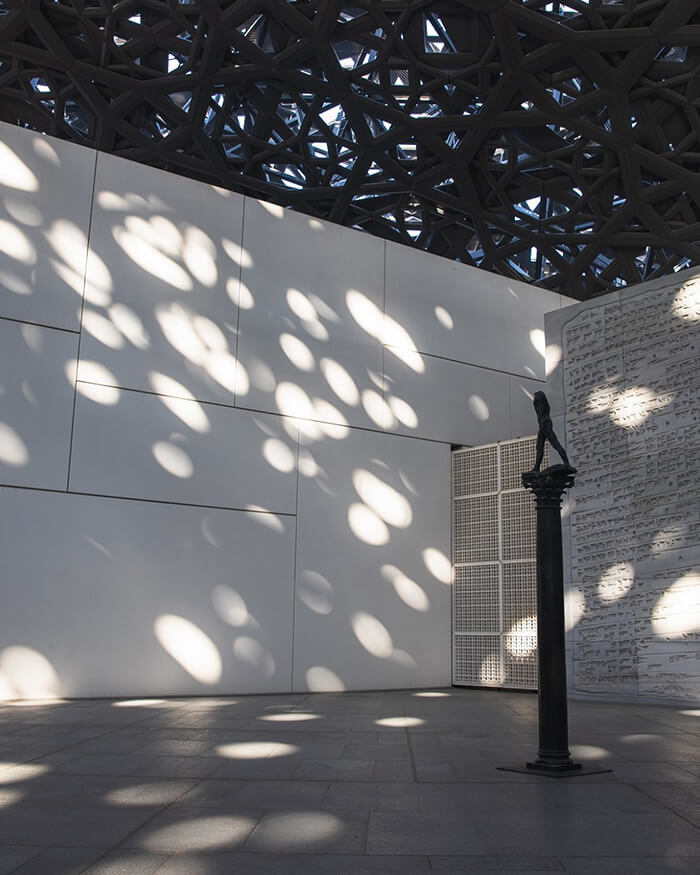 Eight superimposed layers are designed to render cinematic effects when the light passes through those perforations to mimic the sun shines through the palm tree canopy normally found at the oases in Abu Dhabi. As the sun glides across the sky throughout the day, these perforations create a stunning rain of light while at night the museum appears as if it is lit by constellations of twinkling stars. 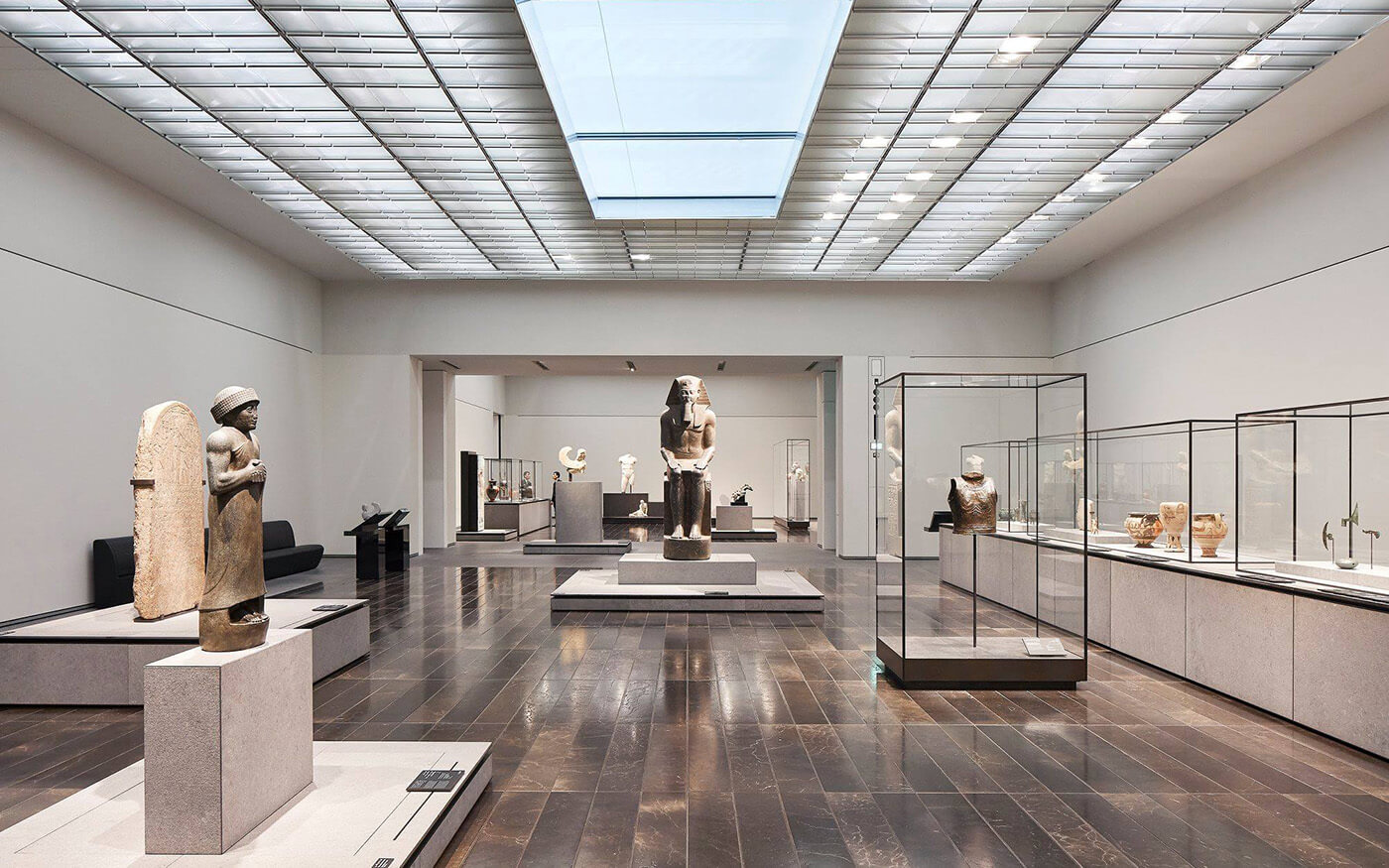 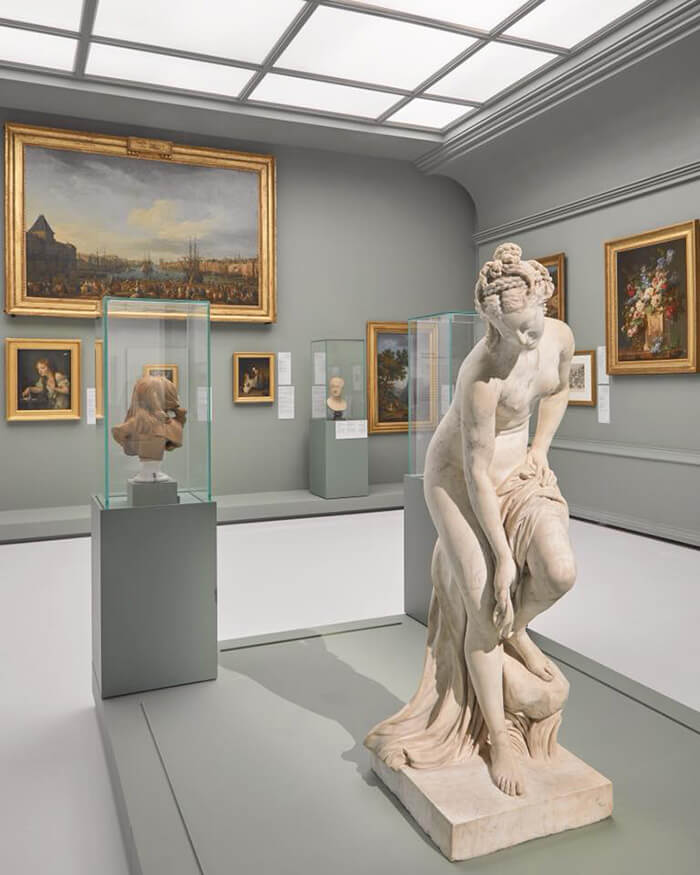 Louvre Abu Dhabi displays objects and arts from prehistory to the present day on the basis of shared human experience which go beyond geography and nationality. Its curation aims to take you on an exploration dating back thousands of years ago. The journey proceeds chronologically with different civilisations developing in parallel as the visitors move forward through time as if they went down a rabbit-hole and found turn up in the wonderland of history textbooks.

Louvre Abu Dhabi attaches importance to its universal approach in presenting finest artistic expressions of disparate cultures around the world with a focus on human creativity which connects people of different cultures together. The museum brings various art forms from different civilisations, epochs and regions in order to step forward beyond the same old horizon towards something far bigger than their own stories.

• Most museums are closed on Monday including Louvre Abu Dhabi
• Public holidays of United Arab of Emirates are Friday and Saturday
• Ladies should wear garments which do not expose shoulders. In case of pants or skirt, the length should cover the knees. 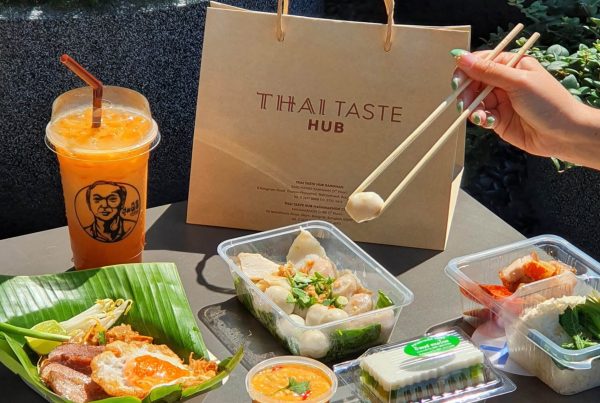 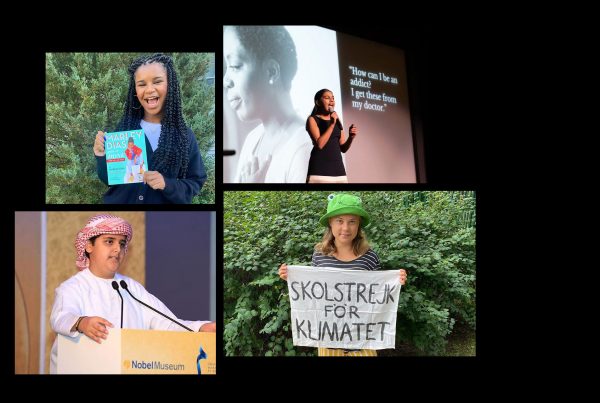 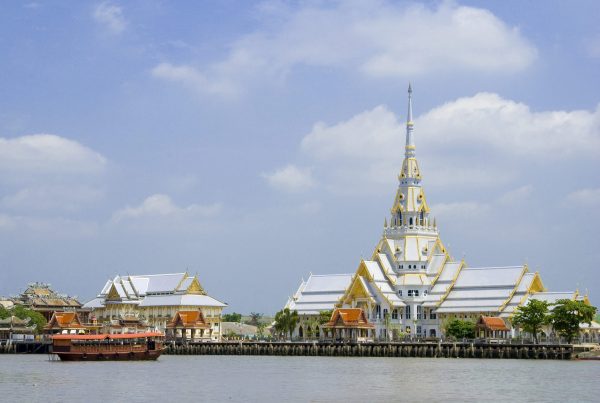